Police in Kiev (Kyiv), Ukraine, stood by on May 10 as opponents of LGBTI rights disrupted a planned panel discussion about reasons not to adopt a Russia-style ban on “gay propaganda.”

Human Rights Watch reported on May 16:

(Kyiv) – Members of radical nationalist groups violently disrupted a May 10, 2018 discussion in Kyiv about LGBTI rights, Human Rights Watch said today. Despite the intruders’ aggressive behavior and threats of violence, the Kyiv police did not remove them from the event or the premises, and the owner of the site canceled the event.

A Human Rights Watch researcher was due to speak at the event, which was open to the public, and was there during the incident.

“It was clear from the way the police responded that nationalists can get away with this kind of violent and disruptive behavior in Ukraine,” said Tanya Cooper, Ukraine researcher at Human Rights Watch. “The nationalists came with a clear goal of halting a discussion about LGBTI rights and they succeeded as the police stood by and did nothing.”

The Ukraine office of Amnesty International organized the event to discuss a public proposal to introduce legislation to ban “propaganda” about homosexuality and public events that support lesbian, gay, bisexual, transgender, and intersex (LGBTI) people. The event featured speakers from Amnesty International Ukraine, Human Rights Watch, and Kyiv Pride, an independent Ukrainian LGBTI group, who planned to discuss how such a law would violate human rights, drawing on experience from similar laws in Russia.

About an hour before the start of the discussion, about 20 members of nationalist groups arrived and threatened the organizers with violence unless they canceled the event. The nationalists accused the organizers and participants of serving foreign interests and yelled “extremists” at the organizers. After a standoff of almost an hour, the owner of the venue told the organizers that their event was canceled, and they had to leave.

Five police officers from the Pechersk District Police did nothing to stop the radical groups from disrupting the event and to remove them from the premises.

Almost three hours after the radical groups arrived, the Kyiv City Patrol Police escorted the organizers and participants, so they could leave the site safely. The police took no action against the attackers.

In recent months, dozens of attacks by members of radical nationalist groups in Ukraine have targeted ethnic minorities – such as Roma – civic activists, and LGBTI people. The police have often ignored the attacks and are reluctant to hold the attackers accountable.

Radical groups attacked Women’s March events, to promote women’s rights, on March 8 in Kyiv, Lviv, and Uzhgorod. On March 26, radicals tried to disrupt a public event in Kyiv that called attention to radical right-wing groups in Ukraine. A Human Rights Watch researcher also witnessed that episode. And on April 20, members of the extremist group C14 attacked a camp of Roma people in Kyiv and burned their belongings and tents, forcing the Roma families to flee. Police initiated criminal proceedings in that attack.

“Ignoring attacks by radical groups not only abdicates the authorities’ responsibility to protect people but encourages further violence against ethnic minorities or LGBTI people,” Cooper said. “Ukrainian authorities need to start upholding the rule of law, protecting free speech and assembly, and taking steps against those who use violence and threats to make their points.” 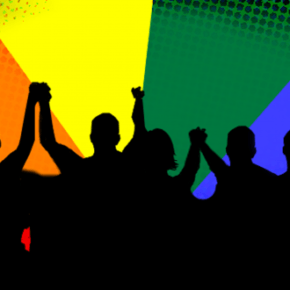