Indonesian politician Irwandi Yusuf is the recipient of the Homophobe of the Week Award for deciding to continue whippings as a punishment for gay sex, but to move them behind closed doors to avoid publicity.

Irwandi stated about his decision: “The prisoner is punished once, but if it’s recorded on video and that’s uploaded to YouTube, he is punished for life with those images.”

The whippings (canings) will be carried out inside prisons. Members of the public and media will be allowed to witness but not record images or videos of the punishment. A public uproar occurred when the caning of two accused gay men was live-streamed on the internet.

Irwandi edged out the following nominees for Homophobe of the Week. Each of them deserved similar dishonor:

In the United States, Pastor Scott Lively, who pushed hard for anti-gay laws in Uganda and Russia, will be on the gubernatorial ballot in the Republican primary in September, running against gay-friendly Republican Gov. Charlie Baker. For the moment, Lively focuses on telling voters how much he loves President Trump, but his past is abominably anti-LGBTI. As U.S. Judge Michael Ponsor put it, Lively ran “a vicious and frightening campaign of repression against LGBTI persons in Uganda.” Oh, yes. Lively also blames Jews for the Holocaust.

In Uganda, Dr. Jane Aceng, minster of health, and Simon Lokodo, minister of ethics, who tried to block a planned anti-AIDS conference for fear that it would promote homosexuality. They succeeded in having the conference delayed and perhaps may have succeeded in blocking it. However, see the article, “Uganda AIDS conference is delayed, not dead.”

In the United States, fringe candidate Don Grundmann, running for U.S. Senate in California, whose “long rant in the California voter guide focuses entirely on trashing transgender rights.” For example: “there is a massive Social Engineering campaign to normalize the soul pathology and social sickness of ‘transgenderism.’ So-called ‘transgender’ children are being used as weapons to attack and destroy normal/healthy children.” (For more information, see the article about Grundmann in LGBTQ Nation.)

In Uganda, speaker of parliament Rebecca Kadaga for her anti-gay proclamations last month. Ugandan MPs have threatened to reintroduce the Anti-Homosexuality Act of 2014, which — until it was overturned — provided for a life sentence for repeated convictions for homosexuality. The parliament passed a motion commending Kadaga for her strong language against LGBT rights in an anti-gay speech at the Inter Parliamentary Union, where she threatened that Uganda would pull out of that organization if it endorsed LGBT rights. Also see the Kuchu Times article: “Ugandan MPs seek to retable Anti-Homosexuality Bill.”

In Nigeria, federal official and former governor Babatunde Fashola, who claims ignorance of Nigerian persecution of LGBT people — a tactic to avoid uncomfortable questions in London.

This article includes information from the Equal Eyes summary of LGBTI news. 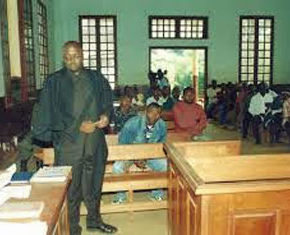 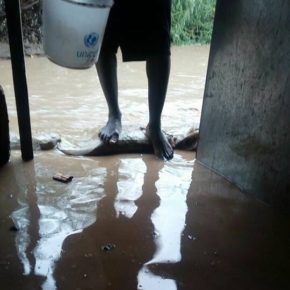