The end of Robert Mugabe’s nearly 40-year reign and the arrival of new President Emmerson Mnangagwa provides a “glimmer of hope” for Zimbabwe’s sexual minorities that they will not always be considered criminals and denied access to health care.

In the online site The Conversation, scholar Candice Chikura-Mtwazi  writes:

Zimbabwe’s new president Emmerson Mnangagwa was asked during a recent interview at the World Economic Forum in Davos whether his country might change its stance on sexual minorities.

He replied that the law would continue to prevail, saying:

In our Constitution it is banned – and it is my duty to obey my constitution.

He then went on to say that “those people who want it [decriminalisation] are the people who should canvass for it.”

This sort of tacit acknowledgement of LGBT people as a group that could advocate for their rights and inclusion offers a glimmer of hope. After all, Mnangagwa’s predecessor offered no space at all for sexual minorities to argue their case. Perhaps change may yet come to Zimbabwe’s LGBT community – and to the country’s laws.

The author, Candice Chikura-Mtwazi,  is a Human Trafficking & Sexual Exploitation Training & Development worker and an associate lecturer in law at the University of Kent.

Her article in The Conversation begins thus:

Zimbabwe’s recently deposed president Robert Mugabe made no secret of his loathing for gay men and lesbians. He once famously described them as “worse than pigs and dogs”. In 2015, he stood before the UN General Assembly and declared “we [Zimbabweans] are not gays”.

After nearly four decades, Mugabe’s reign is over. Lesbian, gay, bisexual and transgender (LGBT) groups are among those celebrating his departure.

But his ouster is unlikely to change the lives of LGBT Zimbabweans, for two main and interlinked reasons. The first is that this group of people remains marginalised and excluded from health policies, particularly around testing and treatment of HIV. The second is that Zimbabwe’s law frames LGBT people as criminals or “would-be” criminals – a constant threat to “normal” (that is, heterosexual) people’s health.

My ongoing research suggests that work is needed to change the perception of LGBT people as both victims and carriers of HIV. Addressing the country’s laws is an important starting point. … 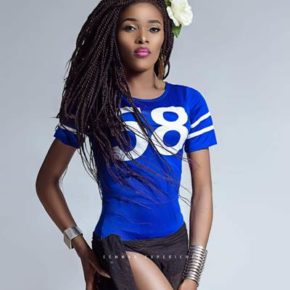