Canada has a crucial role to play in the effort to assure full recognition of the human rights of LGBTQI people, in particular for LGBTQI refugees, Jamaican-Canadian activist attorney Maurice Tomlinson told Canadian legislators this week.

Tomlinson prepared the following speech about the importance of Canada’s continued support for LGBTQ refugees. He spoke yesterday (May 15) to the House of Commons Standing Committee on Citizenship and Immigration:

I am a senior policy analyst with the Canadian HIV/AIDS Legal Network, a human rights organization that promotes the human rights of people living with, at risk of or affected by HIV or AIDS, in Canada and internationally. I lead the organization’s LGBTQI advocacy, with a particular focus in the Caribbean. Thank you to the Standing Committee on Citizenship and Immigration for the opportunity to speak to you today.

In August 2011, I married my husband in Canada, then returned to Jamaica to await the usual filing process to immigrate here. But, in 2012, a Jamaican newspaper published a front-page unauthorized photo of my wedding, and I immediately started receiving death threats. My husband, who at the time was a Toronto police officer, contacted InterPol, and they advised that my address and whereabouts were known, and I should go into hiding. I fled Jamaica soon after, but I decided not to seek refugee status because as a refugee, I would not have been permitted to return to Jamaica to visit my ill mother. But most refugees are not as privileged as I am, and Jamaicans account for the overwhelming number of LGBTQI refugees in Canada from the Caribbean.

Jamaica is one of 75 countries that criminalize same-sex intimacy, 10 of which have the death penalty. The anti-sodomy laws across the Caribbean are varied and range from 10 years’ to life imprisonment. Most of these laws were imposed during British colonization but have become domesticated. For example, the Jamaican law was made worse in 2012, requiring those convicted under the anti-gay law to register as sex offenders and always carry a pass or face a fine of about CAD$11,000 plus 12 months’ imprisonment at hard labour.

These anti-gay laws serve as license for abuse and attacks against LGBTQI people. For example, in May 2016, a gay couple was sleeping in their home near Montego Bay, Jamaica, when a group of men shot up the house, killing them. In 2004, Brian Williamson, a Canadian who moved to Jamaica to work for gay rights, was stabbed 74 times in his home by men who objected to his homosexuality. LGBTQI people are considered disposable, unapprehended criminals.

For many years, religious fundamentalists in the Global North have also exported homophobia to the region. Canadian Dr. Janet Epp-Buckingham of Trinity Western University, for instance, cautioned the Jamaican Parliament not to enact a Canadian-style Charter of Rights and Freedoms because it could lead to the “horrors” of marriage equality.

Regional clerics have adopted this popular anti-gay message with dangerous effect. In 2016, an Evangelical Bishop in Antigua opposed a government minister’s suggestion to decriminalize sodomy, having just returned from a conference in Alberta. The bishop claimed that the Fort McMurray fire was caused by gay rights in Canada, a fate that would befall Antigua if it too embraced gay rights. The minister dropped the suggested repeal.

At the same time, Jamaican music has been heavily influenced by religion and our musicians have imbibed the anti-gay rhetoric that they have heard from the pulpit. We have the most anti-gay songs per capita that call for the rape of lesbians, the burning of gays, etc. These songs are played EVERYWHERE and EVERYDAY. Reinforced with weekly anti-gay preaching, this creates a perfect storm of hate.

Capitalizing on this hate, Caribbean politicians have used anti-gay rhetoric to secure votes. For instance, a minister in the Bahamas last year proposed exiling trans people to a small island. The Prime Minister of Jamaica and government ministers have successfully campaigned on “family values” platforms.

Consequently, fear of violence, stigma and discriminatory laws have driven LGBTQI people in the Caribbean away from effective HIV interventions. As a result, the region has the second-highest rate of HIV after sub-Saharan Africa, with Jamaican men who have sex with men having the highest rate of HIV in the western hemisphere, if not the world.

Because Canada’s law governing medical inadmissibility rejects temporary and permanent resident applicants on the basis of their HIV status, many of these men are forced to apply for refugee status.

In light of the horrible abuses that LGBTQI people in the Caribbean face, the Legal Network and our partners are working hard to defend their human rights. We have conducted police LGBTQI sensitivity training in six Caribbean countries, most recently in Barbados where the Canadian High Commissioner gave the keynote graduation speech.

With the support of Jamaican religious leaders and the group Anglicans for Decriminalization, the Legal Network will be hosting a conference in Jamaica on Oct. 12 to discuss the role of the Church in decriminalization across the Commonwealth.

Jamaican LGBTQI people are also trying to influence the culture through visibility campaigns such as Pride. At PRIDE Jamaica in 2015, the former mayor of Kingston gave the keynote address, and in 2016, the Canadian High Commission held a flag-raising for PRIDE Jamaica. The Legal Network is engaging with diaspora groups, such as the Jamaican Canadian Association, to leverage their impact in supporting gay liberation efforts back home.

With the Legal Network’s support, I have also mounted two lawsuits in Jamaica, in one case challenging Jamaica’s anti-sodomy law and in the other, challenging a Jamaican TV station’s refusal to air an ad that calls for the rights of LGBTQI people. These cases are winding their way through the courts now. In 2013, I also filed a case challenging the immigration laws of Belize and Trinidad & Tobago that ban certain people, including homosexuals, from legally entering. This resulted in a decision by the Caribbean Court of Justice that the ban could not be applied against CARICOM nationals, meaning Canadians are still vulnerable.

In addition, two petitions have been filed against the Jamaican anti-sodomy law before the Inter-American Commission on Human Rights and are still at the admissibility stage. We have also tried to engage our local politicians and have been more successful in meeting them in international spaces, especially when other governments act as hosts. And we have worked with foreign governments and leaders through programs like the Dignity Initiative (a network of organizations and individuals from across Canada interested in encouraging a stronger Canadian voice on human rights issues facing LGBTQI communities around the world) to ensure that effective dialogue with Caribbean leaders takes place.

Our experience has taught us that there are very tangible, concrete measures that the Canadian government can adopt to support LGBTQI people in the Caribbean. These include:

This will be a long walk to freedom, but with the support of governments like Canada, we expect to secure our liberation someday. Until then, Canada has a legal, ethical and moral obligation to provide refugee protection for vulnerable LGBTQI people, including many who are living with HIV. 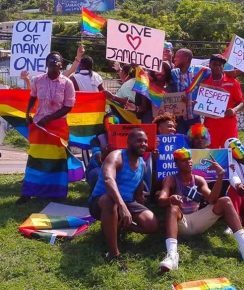 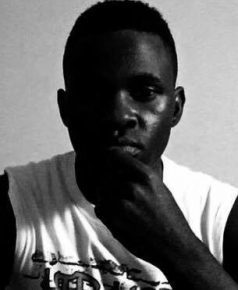