The petition, launched on the AllOut.org website by Nigerian activist Mike Daemon, expresses the outrage of the LGBT community in Nigeria about the video by Nigerian comedian Ogunsbaba, who treats violence against gays as a laughing matter.

The Rev. Jide Macaulay, a gay Anglo-Nigerian pastor, expressed his support for the petition. In response, a Facebook user in Malawi threatened to have him stoned. The man, who goes by the Facebook name Hiroyuki Ronnex Kanazawa, told Macaulay, “I would be the first one to stone u to death”.

Meanwhile, a prominent Malawi politician was due in court today for a ruling on whether he would face a hate-speech trial for stating that homosexuals have no rights and should be killed.

“It was not long ago that some faith leaders in Malawi declared a national demonstration against homosexuals and anyone who supports them. They also attacked rights of women to abortion. This approach has not only divided Malawians but has increased the consciousness toward hate.

“I have no doubt that Kanazawa’s hatred is a result of faith leaders inciting homophobia. A few days ago a petition against Nigerian comedian Ogusbaba was posted on several Facebook pages and blogs.

“Kanazawa responded to my call to end homophobia when he wrote ‘I would be the first one to stone u to death.’ I do not take this threat lightly.

“I am concerned not just for my safety but for other gays and lesbians in Malawi. If these threats on social media are not challenged, it won’t be long before we are faced with the reality of mob justice, in Nigeria, Malawi or elsewhere. Kanazawa must be stopped, gay rights are human rights.”

Kanazawa describes himself on Facebook as a senior software developer in Blantyre, Malawi.

A similar threat confronted Macaulay after he supported the petition on Instagram. Instagram user Morgan.you11 wrote, “Wish i can see you right now so i can strangle the life out from you!!!!” Josh_Blaq wrote, “Come back to Nigeria and receive jungle justice!!!!”

“It’s difficult to claim to be a Christian when you see so many hypocrites calling themselves Christians.  In the last week, ‘Christians’ have prayed and called for my execution. Many have threatened to kill me.

“I have received thousands of abuses including death threats. Mostly from Christians in less than a week.

“Let’s get this petition to 500 signatures or more.

“We must stamp out homophobic incitement. …”We cannot allow haters to terrorise LGBT people in Malawi. 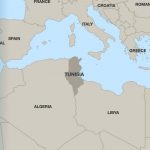