Donors have contributed 20 percent of what’s needed to set free seven LGBT victims of Cameroonian homophobia and provide them with needed food, medicines and hygiene items.

Perhaps you would be willing and able to help us reach the goal for the work, called Project Not Alone 2022: a total of $4,500.

U.S. tax-deductible donations may be made via the St. Paul’s Foundation for International Reconciliation:

So far, readers have donated $921.92. That’s enough to pay for urgently needed medications for Amir ($164 for wounds inflicted by police that became infected in prison); Martin ($151 for treatment of skin diseases); and Octavia ($182 for treatment of herpes).

The $921.92 is also enough to cover the court-imposed fine for one of the four prisoners (Elmer, Amir, Dick and Martin) who are eligible for release on July 10 if their fines are paid.  The fine for each is $419. The early release of the remaining three depends on whether more donations are received.

For more information about Project Not Alone 2022, see the article “Help us free 7 imprisoned LGBT victims of homophobia”. 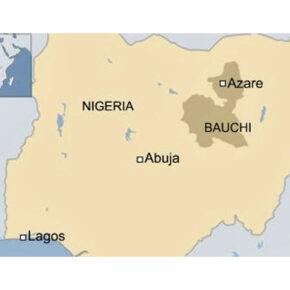