LGBTI Activists in Ghana Sue Over Abusive Arrest and Detention

Last week, a group of Ghanaian lesbian, gay, bisexual, transgender and intersex (LGBTI) organizations filed lawsuits against the Inspector General of Police and the Attorney General of Ghana to get justice for 21 activists unlawfully arrested by the police last year. Their supposed crime: gathering at a workshop in support of the rights LGBTI people.

The group, including the Queer Ghana Education Fund (QuGEF) and the Coalition for SupportGH, filed the case with Ghana’s High Court to obtain redress for the suffering they endured while in detention. Human Rights Watch documented that during their detention, which lasted more than three weeks, they were denied bail, endured torture, humiliation, unsanitary cells, and insufficient access to medical care. After the attorney general found insufficient evidence of unlawful assembly, he dropped the case.

The group has filed two separate cases: the first one challenges the government’s actions as a violation of the victims’ constitutional “right to freedom of assembly, discrimination, unlawful arrest and detention,” and the second seeks redress for the harassment and discriminatory treatment of one participant who was singled out by prison guards for being an intersex woman. She told Human Rights Watch she was stripped naked, violently physically examined, and thrown into a male jail cell. She recounted how some prison guards threatened to “get some of the male inmates to rape me to prove” her womanhood. The group wants the court to declare the unlawful arrests violated their rights to legal protection, access to information and equality, and freedom from gender-based discrimination. Some of the activists continue to suffer stigma, isolation, and psychological distress more than one year after their detention.

This incident was one of many egregious state abuses against LGBTI Ghanaians last year, and which were the prelude to the introduction of a so-called Family Values bill, which would make any advocacy for the rights of LGBTI people a crime.

The LGBTI organizations’ lawsuits come at a critical time while the Family Values bill is still under review. Parliament should reject this discriminatory bill, and the Ghanian government should work instead towards introducing legislation that protects vulnerable sexual and gender minorities. That is something all Ghanaians would benefit from. 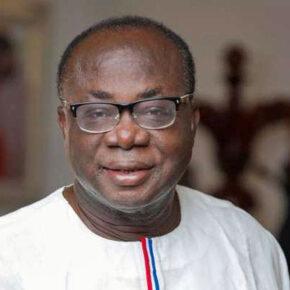