The senior official overseeing security for the FIFA World Cup in Qatar is warning fans planning to attend the tournament that rainbow flags could be confiscated from them, despite earlier assurances by FIFA and World Cup organizers that the flags would be welcome at games.

Major General Abdulaziz Abdullah Al Ansari, chairman of the National Counterterrorism Committee at the Ministry of the Interior, says that flags would be taken from fans for their own protection, to prevent them from being attacked for promoting LGBT rights in the conservative Gulf state.

“If [a fan] raised the rainbow flag and I took it from him, it’s not because I really want to, really, take it, to really insult him, but to protect him,” Al Ansari tells The Associated Press. “Because if it’s not me, somebody else around him might attack [him] … I cannot guarantee the behavior of the whole people.”

The 2022 FIFA World Cup is scheduled to be held from Nov. 21 to Dec 18 at eight venues in and around the capital, Doha. Qatar was awarded hosting rights to the tournament in 2010 amid concerns about the country’s poor record on human rights, particularly with regard to LGBT people and migrant workers.

Consensual sex between males is against the law in Qatar, carrying a sentence of up to 7 years. Under shariah law, the death penalty may also apply, however the US State Department reports there are no records of executions taking place. The law also forbids instigation or enticement into homosexuality or immorality. LGBT content is censored in Qatari media and there are no known organizations promoting LGBT rights.

Qatari society is deeply conservative and LGBT people in Qatar typically hide their sexual orientation and gender identity due to widespread discrimination.

“You want to demonstrate your view about the [LGBTQ+] situation, demonstrate it in a society where it will be accepted,” Al Ansari says. “We realize that this man got the ticket, comes here to watch the game, not to demonstrate, a political [act] or something which is in his mind.”

Still, Al Ansari insists that the country will need discriminate or prosecute LGBT fans who come to Qatar to watch the tournament.

“Reserve the room together, sleep together — this is something that’s not in our concern,” he says. “We are here to manage the tournament. Let’s not go beyond, the individual personal things which might be happening between these people…Here we cannot change the laws. You cannot change the religion for 28 days of World Cup.” 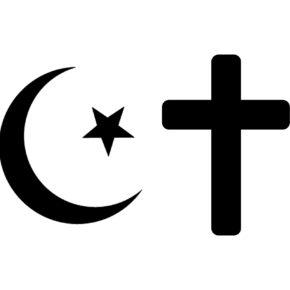