Strolling hand in hand on Valentine’s Day in Cameroon nearly led to the death of two gay men at the hands of a homophobic mob.

Max and Dex (pseudonyms) are a gay couple living in Mfou, a town near Yaoundé, Cameroon’s capital. Ages 24 and 28, respectively, they both are natives of Mfou and both work at a small motel in the central square.

On the evening of Feb. 14, the couple treated themselves to a romantic stroll after having a  drink in a chic night spot.

Finding themselves at a crossroads, they decided to walk hand in hand toward the town square.

Onlookers targeted them with homophobic glances and comments.

Max and Dex quickly moved out of the road, but they didn’t find a place to hide. A group of five young men approached them armed with sticks and gasoline, intending to set the couple ablaze.

“They didn’t provoke anyone, but it was shocking simply to see them holding hands for a good length of time.

“People in this small town had already noticed that they were a homosexual couple. It was just a matter of time until an opportunity came along to make them pay. Their attackers told them: We are in Africa, not among white people. We do not accept this behavior and must protect our children.”

The youths slapped and kicked Max and Dex and were preparing to do worse. But Dex’s uncle, a policeman, rescued them after hearing his nephew’s cries for help.

In the wake of the attack, Mfou now is calm once again, but Max and Dex know they are not safe. They’re living in fear of another homophobic attack.

As one LGBTI rights activist commented: Their Valentine’s Day experience reinforces Cameroon’s reputation as a hotbed of hatred, filled with homophobia and intolerance towards LGBTI people. 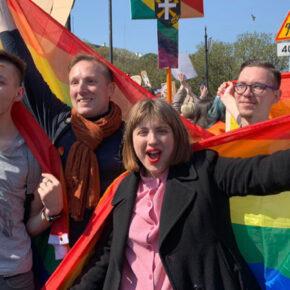