The Business Standard of Bangladesh reported on the Nov. 28 victory of trans candidate Nazrul Islam Ritu:

Locals said Ritu has been providing financial assistance to the helpless people of different villages of Trilochanpur Union for 15 years and thus she became popular among local people.

Ritu had to leave her village and move to Dhaka’s Demra at the age of five. She spent most of her life with her [transgender] community, leaving her family behind, as society did not accept her at that time.

She could not continue her study after the primary level due to various social barriers. As a teenager, she had to move to Dhaka and was reared up by her community leader.

Even though she lived in Dhaka, she would visit [her native district of] Jhenaidah frequently to stay connected with the Trilochanpur people. Ritu said she wants to serve the people of the union for the rest of her life.  …

She thanked the government for giving her the right to vote and various other opportunities to the transgender community members. “I have no regret for being a transgender person.”

Xtra Magazine celebrated not only Ritu’s historic victory but also the election of the first trans legislator in Chile:

Trans candidates around the world have been winning elections and making history …, proving the “rainbow wave” is not just a North American phenomenon.

This past week, a small town in Bangladesh voted to elect the country’s first trans mayor. Nazrul Islam Ritu won [the Nov. 28] elections for chair of Trilochanpur Union in Kaliganj Upazila, Jhenaidah, by a landslide, winning 9,557 votes—nearly double her opponent’s total.

The 45-year-old said her victory points to a growing acceptance of the Hijra community in Bangladesh: the country first granted government recognition of trans people as a “third gender” in 2014 and allowed the gender designation to be listed on voter registration in 2019.

“The glass ceiling is breaking. It is a good sign,” Ritu said in comments reported by Reuters. “The victory means they really love me and they have embraced me as their own. I will dedicate my life to public service.”

While Ritu is the first trans person to be elected mayor in the South Asian country, she is one of several trans people to recently win elected office. In 2019, Pinki Khatun became the country’s first trans councillor when she was elected vice chair of the town council in Kotchandpur, Jhenaidah. And earlier this month, Shahida Begum won a council seat on the Maguraghona Union Parishad-6 in the Khulna district.

On the other side of the world, Chile elected its first trans official to the national legislature on Nov. 21, just as the country heads into an election cycle that could put LGBTQ+ rights at risk. Activist Emilia Schneider Videla, who won by more than 26,000 votes, will represent District 10 of Santiago when she is sworn in next March. 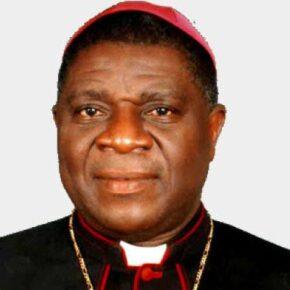