Police arrested two staff members of the LGBTI advocacy group Camfaids last week after they arrived at the police station in response to the earlier arrest of a local trans woman.

Police in the capital city of Yaoundé said they arrested the two Camfaids observers on Dec. 22 on suspicion of homosexuality. While the Camfaids staffers were in custody, they said, police punched them, struck them with batons, illegally took their phones and forced them to reveal their passwords so they could access the content of the phones without a warrant.

The Camfaids workers were detained until 9 p.m. the following day.

The trans woman, named Bea, had been arrested Dec. 19 at a taxi checkpoint on charges of homosexuality, night-time vagrancy and lack of a national identity card.

Human rights defenders, including Jean Jacques Dissoke of the LGBTI advocacy group Alternatives-Cameroun, worked with members of the RAIL KPv network to seek the release of the staffers. The RAIL KPv network consists of lawyers, prosecutors and other prominent local citizens who have banded together to intervene when the rights of vulnerable Cameroonian populations are at risk.

The director of Camfaids stated: “We condemn with the utmost energy the attitude and behavior of these police officers towards our collaborators. We hold them fully responsible for any negative consequences that may arise from their stay in the jails of the Central Police Station Number 1 of the city of Yaoundé.”

Bea is an indigent transgender person who has received assistance from Camfaids, he said.

Despite appeals on Bea’s behalf, police said she could not be released because she was considered a repeat offender. She was transferred to the Central Prison in the Kondengui section of Yaoundé.

Steeves Winner, the author of this article, is an activist for LGBTI rights in Cameroon who writes under a pseudonym. Contact him at [email protected]. 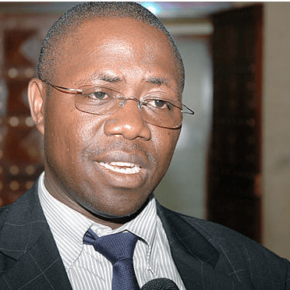 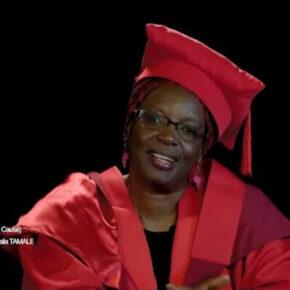