The LGBTQI+ community and human rights defenders in Uganda joined the international community on Nov 20 to commemorate the 22nd Transgender Day of Remembrance (TDoR) with the theme “A Circle for Healing and Regenerating.”

TDoR is an opportunity to raise public awareness about the rights of trans persons, to honor and celebrate the lives of transgender people, and to grieve the lives lost as a result of transphobic attacks.

Numerous civil society organisations issued statements in commemoration of the day while others organized low-profile events.

Sexual Minorities Uganda (SMUG) issued a statement expressing concern over the continued violation of the rights of transgender persons.

“Even as we join the resistance of transphobia, transgender individuals face stigma, discrimination, abuse and violations of rights, their existence denied or ignored. For to transgress the binary is to go against the status quo,” SMUG stated in its statement.

Acts and threats of violence toward transgender individuals in Uganda worsened in 2020 due to the COVID-19-related lock downs as many transgender persons had no choice but to return to live with transphobic families. Many found themselves compelled to dress and live in the gender they were assigned at birth.

“On this day we draw attention and awareness to the continual violence against transgender people and issues that the community faces. We re-affirm our commitment to ensuring access to justice for transgender and gender diverse persons and the wider LGBTI community,” said the Human Rights Awareness and Promotion Forum in a statement to commemorate the day.

In a statement signed by its Executive Director Ssenfuka J Warry, Freedom and Roam Uganda (FARUG), an organisation that advocates for the rights of LBQ womxn, called on all Ugandans to take action to enhance the rights and lives of transgender people:

“We call on all Ugandans to recognize, remember, learn about and take action on Transgender Day of Remembrance in communities across Uganda.

“We believe that Trans Day of Remembrance in Uganda is necessary given the backdrop of harmful myths that exist about trans and gender-diverse persons. Trans identities are real without question. As we work to advance human rights, advocacy, safety and non-violence, we include trans men and gender-nonconfirming persons in our efforts.

“Saturday, November 20 is the 22nd TDoR. On this day we commemorate the trans lives lost to transphobia, violence, hate crimes, depression and COVID-19 in our communities, neighborhoods, nations and across the world. This is the day when we remember our dead and commit to fight for those living by publicly mourning and honoring the lives of those we have lost by raising awareness as we unify and amplify our voices to call out for change.

“Research shows that transgender and non-gender-conforming people experience extremely high rates of depression, unemployment, poverty, violence, and discrimination compared to their cis-gendered counterparts. Transgender men are almost twice as likely to report experiencing intimate partner violence than cis-identified men and are less likely to report violence to police and other authorities.

“Transgender and gender-nonconforming persons continue to report experiencing sexual or physical assaults due to their gender identity. Statistics and information on trans communities has continued to go under-reported. Trans communities are deeply impacted by social isolation, loss of families and lack of access to affirming health care.

“We therefore call upon everyone to take a place in the circle of healing and regeneration where draw strength from one another and take on the uncertainties of the future. FARUG remains committed to working towards identifying barriers and building the capacity of our members through advocacy, education, training and public awareness to work towards the full inclusion of trans communities.”

Pepe Julian Onziema, an out trans man who is director of programs at SMUG, says he has experienced both state and non-state abuse and violence as a trans person.

“At SMUG we commemorate this annually to call upon cisgender Ugandans to step up, speak up and denounce transphobia and any form of hatred they have towards gender minorities. It is an opportunity to memorialize our trans siblings who have died or were killed because they dared to live as full and authentic human beings,” Pepe says. 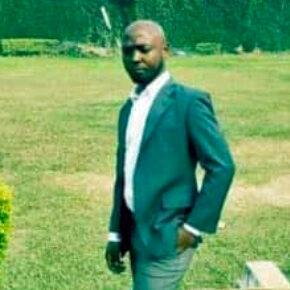