Wisdom, a 25-year old Nigerian bisexual man, is struggling with his mental health since he was raped multiple times by a group of anti-gay rapists who abducted him for days. In his support request he wrote:

I can’t seem to close my eyes since the whole thing. I can’t get over the fact that I was raped so many times by a group of six men. They took turns on me and kept me in an empty room for three days. One of them invited me after a week of chatting with him. I traveled to go and see him not knowing that it was a setup. My god, why? Please, I need help.

In a response to his support request, the counselor expressed his sympathy and made clear that what happened to him was nothing but criminal and under normal circumstances, the perpetrators would be arrested and made to face the law. It might be difficult to take legal actions due to the nature of the issue, but it is still with the help of a lawyer who understands SOGI issues.

The counselor also recommended that it would be wise and necessary if he gets tested for sexually transmitted infections and especially HIV after three months to rule out concerns of any possible infection.

During the session, the counselor reminded him that what happened wasn’t his fault and assured him that he was strong enough to deal with the trauma.

Wisdom has remained in therapy and has shown some level of improvement. The counselor has encouraged him to join a queer support group for rape survivors. 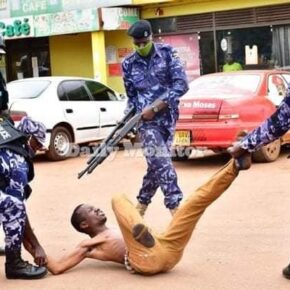