The report by the Organization for Refuge, Asylum and Migration (ORAM) and Rainbow Railroad calls on governments and civil society organizations to act swiftly to promote their safety and integration.

Based on interviews with more than 60 LGBT refugees living in the camp, the report estimates at least 350 LGBT asylum seekers are living in the sprawling camp that has become home to more than 160,000 refugees feeling violence in countries across Eastern Africa and from as far away as Afghanistan. Through first person testimony, it reveals that LGBT refugees in the camp routinely face violence and discrimination, and struggle to access basic services including police, medical services, and skills training.

Kenya is one of the few countries in Africa that accepts refugees fleeing persecution due to sexual orientation or gender identity and expression. Still, LGBT refugees who arrive in Kenya told investigators that they continue to face persecution once in Kenya both from official authorities and from other refugees in the camps where they live. Kenya remains one of 33 countries in Africa that criminalize same-sex intimacy.

“The refugees themselves have spoken and they want to be heard. UNHCR [United Nations High Commissioner for Refugees], governments and civil society organizations must work together to ensure the immediate safety and well-being of this community while also addressing the longer term, durable solutions we recommend in the report,” Steve Roth, executive director of ORAM, said in a press release accompanying the report.

Destination countries must open their doors to LGBT refugees who face the most severe persecution in camps, Kimahli Powell, executive director of Rainbow Railroad, said in the press release.

“We cannot allow refugee camps to become permanent solutions to crises of forced displacement. The findings of this report confirm a key goal of Rainbow Railroad – to fast-track resettlement of LGBTQI+ refugees,” Powell said. “We need the UNHCR, the government of Kenya, and governments of countries that are destinations for refugees to step up an ensure that LGBTQI+ asylum seekers in the camp are resettled in safer countries.”

Violence also impedes LGBT refugees from accessing services and supporting themselves through work, the study respondents say. More than half of respondents were neither employed nor enrolled in vocational training – despite many respondents saying they wished to take part in the skills training offered in the camps.

Even community leaders in the camps who wish to help LGBT refugees overcome violence and stigma face pushback from other refugees.

“The community leaders, especially block leaders who are tasked with some security responsibilities… reported trying to provide protection services but were overwhelmed by the negative attitudes among most of the refugees towards LGBTQI+ persons,” the report states.

“When I arrived at the camp, I was allocated space in Block 1 and provided materials to construct my shelter. On the same day, some other refugees came to my site. I thought they were welcoming me and assisting me to put up my shelter.… One of them started shouting at me, calling me ‘shoga’ [a derogatory Kiswahili term for homosexual]. They took away my materials and chased me from the location…. On getting to the report desk and explaining my situation, the officer manning the desk gave me a reference number and told me to go sort out my problems. He told me he is tired of dealing with homosexuals and I should consider going back to my country.”

In response to the violence, the report states that at least 90 LGBT asylum seekers banded together to live in the camp’s Block 13, where they can provide mutual support and protection. The small LGBT community there has been more vocal about asserting its members’ rights and has attracted attention from a global donor community that has helped improve their living situation somewhat. But it has also made the community a very visible target and attracted resentment from other refugees.

“Those of us who believe in our right to self-expression, those who believe we deserve equal treatment and those who are willing to stand up to oppression live in Block 13. We will do all that we can to attract the world’s attention to our plight until we are relocated to a safer and more accommodative environment,” one transgender asylum seeker is quoted as saying in the report.

Nevertheless, violence persists. One gay resident of Block 13 was murdered and another was severely injured in a petrol bomb attack by another camp resident earlier this year.

The UNHCR pledged to improve security and services for LGBT asylum seekers in the camp, but that does not appear to have reassured the community.

In addition to calls for fast-tracking refugee resettlement and improvements to services and sensitivity training for agencies serving refugee communities, the report calls for improved human rights for LGBTQI people globally, including the decriminalization of same-sex intimacy, particularly in Kenya. 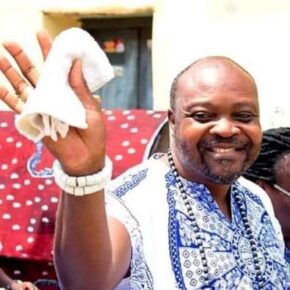