The Free Senegal collective (Collectif Free) has been fighting for the rights of the embattled LGBT community in Senegal for a little more than a year, providing support for unjustly arrested gay men, helping victims of LGBTphobia flee the country and sheltering others in a safe house. In the interview below, Bouba-Saliou Tandjigora (pseudonym), a founder of Collectif Free, describes how the organization was born, what it has accomplished, and its current need for donations.

This is a translation of an interview published last month in French on the website of ARDHIS, the Association for the Defense of the Rights of LGBTQI+ People in Immigration and Residency, based in Paris. The interview with Bouba-Saliou Tandjigora was conducted by Christophe Caulier, a member of the ARDIS board.

Under what circumstances was the Free Senegal collective born?

Since 2017, the situation of the Senegalese LGBT community has been deteriorating. The Islamist group JAMRA has multiplied its LGBTphobic campaigns. The [Islamist] collective Ànd Sàmm Jikko Yi (“Together for the Protection of Values), led by Babacar Mboup, has urged Senegalese to eliminate all gays they come across. A big homophobic march was held in 2019. Another one was held on May 23, 2021, during which the demonstrators called on the authorities to fight against the LGBT community, in particular by passing a new law criminalizing [further criminalizing!] homosexuality. Petitions against us were also circulated.

With other activists and academics, we wanted to get involved, and the idea of this collective was born. This idea came to fruition in August 2020. We decided to form a collective rather than a formal association, because the creation of an association would have required obtaining government registration, which would have exposed members to a lot of homophobia from JAMRA or the state. For the same reason, the collective positions itself as a human rights advocate for vulnerable communities and not explicitly for LGBT people — even though today people from the LGBT community are among the most persecuted in Senegal.

In September 2020, ten gay men were arrested in Touba, beaten and abused, exposed in the public square. Our collective spoke out, and we helped them as much as we could and relocated them to safety. Since then, the collective has not stopped growing and becoming known in the region, and now at the international level.

What other actions have been taken?

Very quickly, a shelter was created in a secret location with the support of an embassy and the association ADHEOS [the Association for the Support and Defense of Homosexuals and for Equality of Sexual Orientations, based in La Rochelle, France]. Currently, this shelter can accommodate 18 people for two months with comprehensive care, particularly medical care. Since September 2020, 106 people have been helped there in one way or another. Among them, one has been relocated to Europe, two to the Ivory Coast and four to Mauritania. And as part of its Free Asylum program, the collective also assists LGBT refugees from Mauritania, Liberia, Benin, Gambia, Mali and Guinea who are placed in Senegal by the UN High Commissioner for Refugees (UNHCR).

In October 2020, we helped 24 people arrested at a gay wedding organized among friends. We conducted judicial interventions and organized prison visits.

In November 2020, the Free Senegal collective created a network, Generation 2021, which brings together fifteen LGBT associations to mobilize and strategize about their shared struggles. In particular, we are trying to publicize the situation through press campaigns, notably  through the 76crimes websites. [76crimesFR.com and 76crimes.com].

Finally, this year, a commission was created, exclusively dedicated to the Senegalese lesbian community, which is particularly poorly represented in the region. Four places [in a shelter house] are now reserved for the care of women.

What will the money raised be used for?

Locally, we are not well supported, not even by the National Alliance of Communities for Health (ANCS). Occasionally, we have received some international support for some of our programs — embassies, Adheos, Solidarité internationale LGBTQI (SIL), international organizations — but many partnerships are coming to an end.

We now have very urgent needs, especially for the shelter. We have to pay the bills, buy food, mattresses, towels, bed sheets, hygiene products and medical treatments for those who are sick … and welcome the people who knock on the door. In addition, we can’t always bring people in danger to our shelter, so we have to finance their sheltering near where they live.

We have a partner for legal support, but the budget allocated for the moment is 1 million CFA francs (about 1,520 euros), and the legal costs are very high.

In the medium term, we also hope to strengthen the staff, recruit a security guard for the shelter, and work on the reintegration of young people, Not everyone can finance a trip to leave the country!

We have victims who were students in their final year of high school or in vocational training and want to continue. But without funds we can’t offer much help with professional reintegration.

At the moment, we offer computer training, but we hope to do more, which will require buying additional equipment and paying for Internet connections.

Please donate via ARDHIS to help the Free Sénégal collective. 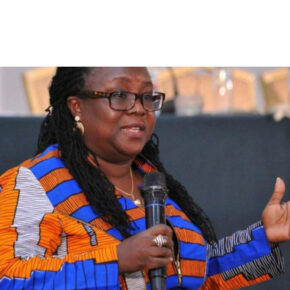 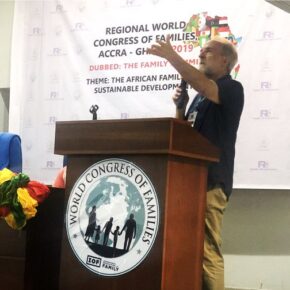