Despite ongoing criminalization of men who have sex with men and transgender people, the government of Uganda is attempting to include them in national plans for the reduction of HIV and AIDS, a contradiction activists say continues to impede the fight against the epidemic.

The Ugandan government has set an ambitious target of reducing new HIV infections by 70 percent by 2025, and engagement with key populations (KP) at risk — including men who have sex with men, transgender people, sex workers, injection drug users, and prisoners — is an important component of its National HIV and AIDS Strategic Plan 2020/21–2024/25.

In the document foreword, former Minister for the Presidency Esther Mbayo makes it clear that the targets are in line with the Uganda Vision 2040, the East African Vision 2050, the Africa Agenda 2063 and the Sustainable Development Goals (SDGs).

“UNAIDS considers gay men and other men who have sex with men, sex workers and their clients, transgender people, people who inject drugs, and prisoners and other incarcerated people as the main KP groups. This categorization also applies to Uganda,” the document states.

This position was re-affirmed by Dr. Daniel Byamukama, the head of HIV Prevention at Uganda AIDS Commission (UAC), the lead government agency in coordinating HIV responses in the country.

“The government position towards key populations is not necessarily adversarial,” Byamukama said in a zoom presentation to health reporters. The virtual conversation was organised by the Uganda Key Populations Consortium (UKPC), a group of key population-led organizations advocating for a health sector where they have equal access to health services free from all forms of stigma or discrimination.

Byamukama said there are ongoing efforts demonstrating the government of Uganda’s commitment to KPs in health, especially in the HIV response.

He singled out the regular reporting at the United Nations on KPs, inclusion of KPs in policy-making processes and KPs representation on the HIV response Country Coordinating Mechanism (CCM) as part of the government commitment to KPs.

Byamukama however expressed concern over the laws that criminalize most of the KPs, saying they contradict government efforts to reduce the spread of HIV.

In Uganda, same-sex intimacy is criminalised with a potential penalty of life imprisonment. Byamukama notes that removing a law is a process that takes a lot of time and effort but sees opportunities for useful engagement in the existing “good will” on the side of government.

The UKPC Coordinator Richard Lusimbo said engaging the government and other stakeholders is a priority.
He urged government to desist from investing in processes that criminalize KPs, but instead invest in efforts that protect them.

Human rights activist Kyomya Maclean says it is time for the government and the general public to appreciate the human face of KPs, not how they identify and whom they relate with.

“We are not unique, different or special; the system has pushed us on the wall, limiting our opportunities to associate, organize and prosper,” she says.

Aware of the government’s commitment to KPs, the office of the Directorate of Public Prosecutions has reportedly adopted a certain level of compassion in implementing laws that criminalize KPs. However, reports of physical and verbal attacks against gay men and transgender persons by both state and non state actors keep emerging. 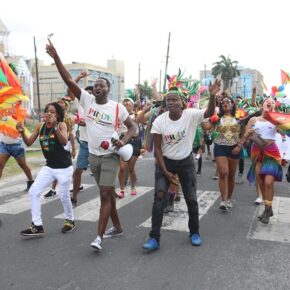