Supporters of LGBTQ rights in the Caribbean simultaneously mourned and protested last month’s murder of fashion designer and drag artist Latchman Singh by organizing an online memorial to him.

In a tribute published this week in Guyana’s Stabroek News, activists at the New York-based Caribbean Equality Project praised Singh, who was stabbed to death April 13 at his home in Trinidad and Tobago. Singh, widely known as Anthony, Marc Anthony, and Maria Venus Raj, was a “formidable” makeup artist, fashion designer, pageant runway coach, and drag performer, they stated.

In the printed tribute to him, Ryan Persadie and Mohamed Q. Amin of the Caribbean Equality Project wrote:

“A migrant from Guyana, Singh left his hometown seven years ago in pursuit of better economic opportunities and for LGBTQI+ community and support. He was nationally, regionally, and internationally recognized as a formidable makeup artist, fashion designer, pageant runway coach, and drag performer. Described as joyful, humble, inspirational, and brilliant by friends and family,

“Singh’s death comes as a devastating reminder of the horrific ongoing consequences of homophobia and sexual violence that continue to plague the landscape of the Caribbean and its diasporas.

“Learning the devastating news of his death, many artists, friends, family, and community organizations took to social media to offer condolences. Each person paid their respects to the immense talent, spirit, and commitment to the arts, beauty industry, and queer performance that Anthony offered.

“Reflections from organizations such as Pride Trinidad and Tobago, the Trinidad and Tobago Transgender Coalition,and CAISO Sex and Gender Justice; and media outlets including the Trinidad Express, and Guyana’s Stabroek News, among others, dominated many different social media platforms with video testimonies and picture memorials proliferating throughout global digital space.”

“To memorialize the kindness, generosity, and utter ferocity that Anthony/Maria carried within him, we (Ryan Persadie and Mohamed Q. Amin) began curating a tribute program so that all those who were in relation to him could come together and celebrate his life. We began working to develop a digital tribute space on Zoom where friends, family, and colleagues could submit photographic memorials, video testimonials/messages, and pre-recorded video tributes honoring his love and passion for drag culture.

“On Monday evening, May 3, more than three hundred participants from Trinidad and Tobago, Guyana, Barbados, St. Vincent, the US, Canada, and the UK joined together to mourn, grieve, and celebrate Anthony/Maria. During the virtual memorial [now viewable on YouTube], we witnessed deep acts of caring and love from those who were impacted by Anthony/Maria, and their fearlessness, artistry, and aesthetic, spanning countries and continents. Joining in at this virtual memorial were Anthony’s mother Bibi Kassim and his sister Trisha Singh, and his friends Ravi Latchman, Clinton Findlay, Chandradatt Jagdeo, Marcus Kissoon, Mariana Jade Walcott, along with Caribbean regional partners including Pride TT and Xoë Sazzle of the Transgender Coalition of Trinidad and Tobago.

“While Anthony’s sudden and unjust passing is shocking, it regrettably comes as another quantifiable addition to the numbers upon numbers of queer, and trans of color community members who consistently fall victim to acts of harm, injury, and death, often without justice and accountability. Let us remember Raymond Choo Kong, Kwesi Mona, Gregory Singh, Roger Jackson, and Keon Patterson (otherwise known as Sasha Fierce) who also met similar fates in recent years.” 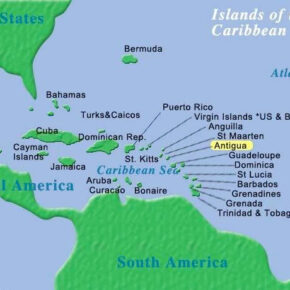