My mother’s death on April 19 after a long illness was expected but it still triggered a flood of memories. The most powerful were the many ways that she supported me, despite being a pillar of an anti-gay church in our notoriously homophobic country.

My earliest such memory was when Mom proudly posed with me and my two brothers while I held a doll. As my siblings stood empty-handed and ramrod straight, I instinctively grabbed one of mom’s lotion bottles that was shaped like a fashionable woman. Mom unhesitatingly laid her hands on my shoulder and smiled for the camera. Years later I cringed when I rediscovered this photo and when I discussed it with Mom, she said that she knew that I was gay from age 12 but only prayed that I would grow out of it because of the intense hate in our country towards people like me.

When I met and decided to marry my Canadian husband, Tom, I took him home to meet my parents. After first introducing him as my friend, I eventually sat my folks down and told them the truth. My mom shed a few tears and then got up and hugged Tom. Fearing for our safety mom begged us not to get married in Jamaica but I reminded her that it was impossible because that year the country changed the constitution to ban the legal recognition of any form of same-sex unions.

Still, a few months later when I flew to Canada to get married, I did not have the heart to tell mom about my plans, so I said that I was simply going to a meeting. When I returned home and showed Mom the wedding photos, she silently looked through the extensive album twice, smiling the whole time.

Because of my marriage, I had to flee Jamaica when a local newspaper published an unauthorised photo of my wedding on their front page. The onslaught of abuse from friends and some family members was immediate, and one aunt even called to accuse me of deliberately endangering my parents. But, when I went home to tell Mom and Dad that I had to leave immediately for Canada and was uncertain when I would return, Mom hugged me tight and wept. She told me to make sure to eat and asked if I needed any money. She also told me to come back home as soon as I could.

Mom was diagnosed with multiple chronic illnesses before I left the island and, as her disease progressed, one of her pastors told her that she was not being healed by God because she refused to denounce me. My mom roundly ignored this hateful “advice” and, when I finally had the courage to return to the island, Mom decided to skip her usual church service and attended a more welcoming one with me. When I asked her why she did that she said that she wanted church people to see that gays also have loving families.

My family was almost evenly split on whether to accept my sexuality and marriage. Another aunt told Dad that I should not return to the family home with my husband because that would undermine my parents’ Christian witness. When I offered to stay at a hotel, my mother immediately rubbished the idea and said that I was always welcome home. In 2016 we celebrated a wonderful Christmas dinner at home and Tom had the place of honour next to Mom and helped to serve her, as she was having difficulty handling utensils by then.

One of my last deep conversations with Mom was in 2019 when I was feeling suicidal after another homophobic onslaught. At the last minute, the mayor of my hometown, Montego Bay, banned Pride events that I had worked hard for a whole year to organize. When Mom saw how depressed I was, she said that although she did not understand my sexuality, she was sure that I was right, otherwise “God would not be blessing you so much!”

She also encouraged me by pointing out the many tribulations that people working for social change had to overcome. She told me that they persisted, and I had to do the same. To honour my mother’s queer love, I will do just that. 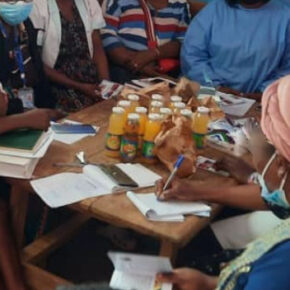 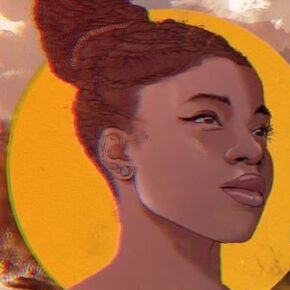