Professor/activist Bruno Agar interviewed researcher/journalist Moïse Manoel after he was targeted by death threats from a homophobic neighbor in French Guiana. Both Agar and Manoel are members of the Erasing 76 Crimes team of advocacy journalists.


First of all, Moïse, how did you discover Erasing 76 Crimes and 76 Crimes en français? Why did you decide to get involved in the team’s work?

During a trip to Oceania, I met J.C. Ilama, the president of an LGBT association, who told me about 76crimes. As a person living in French Guiana, a little known territory, I found it interesting to be able to present articles that would be freely available to the public.

In a more fundamental way, I wanted to react to the denial of humanity that is often shown to LGBT people and to the suffering that it causes us. Moving the LGBT fight to the public square helps us to escape from being marginalized. It also leads to discoveries of alliances and convergences of interest. We need to show up.

As a black LGBT person who grew up in Guadeloupe, I find it necessary to communicate the experiences of the black LGBT people from these territories. Being black and LGBT makes me belong to two groups whose intersectionality makes it all the more necessary to speak out.

[Note: The concept of intersectionality describes being part of multiple social groups at the same time, in this case, being marginalized as black and as queer.]

What is the general situation in French Guiana?

Before the current coronavirus pandemic, French Guiana was already experiencing a social emergency. More than half of the population lives at or below the poverty line. Inequality between social and racial groups is extreme. As part of the European Customs Union but located in South America, French Guiana is economically isolated. The pandemic has further reduced the income of many people living in difficult neighborhoods and shantytowns by preventing them from working even in the informal sector. These populations have been hit hard economically.

Another characteristic of French Guiana is the porous nature of its borders and the importance of the migratory flows that converge towards this territory. By remaining under the French umbrella, French Guiana has never had to bear the brunt of the economic adjustments experienced by other countries in the region in terms of debt, financial crisis or monetary stability. It is this stability that leads migrants to come to Guiana to secure a future for their children.

Thank you for these clarifications that will help our readers understand the context of your situation. What, in your opinion, encourages delinquency and homophobia in French Guiana?

French Republican values of equality are proclaimed by officials and other authorities in French Guiana, but the reality does not live up to that ideal even though equal social rights are guaranteed. Moreover, the values of the French Republic are not a substitute for local cultures — sometimes local cultural values differ greatly from the French republican framework.

Lack of resources often leads the authorities to turn a blind eye to violations of the law that would not be allowed elsewhere in mainland France, but which are tolerated here: political patronage, special privileges, undeclared work, undeclared construction, etc. The result of all this is a lack of legitimacy for French institutions and an acceptance of entrenched local criminality.

The lack of security is intertwined with racial animosity, especially for local residents who are unemployed because they are excluded from education they need to quality for jobs. Many jobs are created for the benefit of people from outside the territory who come to earn good money in French Guiana for a while before leaving again, while the public services available to the local population remain deficient. Racial inequalities, anti-black bias, structural racism, neo-colonialism and resentment of city dwellers lay the groundwork for delinquency here.

Delinquency is not a state of nature. Rather, exclusion from education is a prime factor in creating it. One cannot analyze delinquency here in Saint-Laurent du Maroni without taking into account the fact that the school system uses only French, while the local majority population speaks creole.

Can you tell us about the homophobic attacks you were recently subjected to?

The accused individual, whom we will call James Williams, is a 15-year-old student in ninth grade in a school in Saint-Laurent du Maroni. He was my student two years ago, a time when he was often very agitated but without confronting me.

On Monday, Feb. 22, I was riding my bicycle on my way home when I saw James standing in the middle of the road, holding a machete. He intimidated me and refused to let me pass. When I tried to reason with him, James brandished his weapon. I fled and he ran after me for a while.

On Saturday, Feb. 27, in the same working-class neighborhood of Saint-Laurent du Maroni, I stopped at an informal food vendor when James approached and again made death threats.

After that, I tried to avoid his neighborhood and, for a while, did not see him again. I thought I would be allowed to return to an almost normal life.

However, on April 6, I was subjected to what could be called an attempted murder.

I left my home by bike at around 8:50 p.m. Wanting to avoid passing in front of James’ home, I turned into an alley in his neighborhood but there I came face to face with him and two of his fellow delinquents, who had also been present during the previous encounters.

Sitting on their own bikes, they confronted me and would not let me pass. I turned around, but they refused to let me leave. I turned away many times and was blocked each time. Threatened, I called for help from the neighborhood. Some residents rebuked my aggressors, which did not deter them.

When I again tried to escape, they followed me and again barred the road a little further on. One neighbor whom I called for help laughed at me and said that I was “doing the makoumè”, which means that I am a “fag”. Once again I rode my bike into the alley where the neighbors had come to my aid earlier.

James had been riding with a friend on the friend’s bike. While his friends let me go, James got off the bike to run after me, threatening to “stick me with a knife”. I was getting dark and I didn’t know what was happening. When I turned around in the darkness of this poorly lit alley  I could clearly see a white weapon — a kitchen knife — in his hand.

I finally rode my bike into the yard of a neighbor who was chatting there with two friends. I explained the situation to them, and they were both amazed and dismayed.

[Moïse has filed a complaint against James Williams with local police. “We’ll see what consequences will be”, he says.]

I hope that the situation will calm down and that this young man will realize what he has done. He should rather think about building his future! What is he doing now?

Although he is in school, I doubt that he will be very diligent. Many jobs will be off limits for him as long as he does not behave differently. However, he may be able to work in the grey economy, which is well developed in Saint-Laurent du Maroni.

What would you like to say to the readers of the 76crimes community?

I would like to tell readers that LGBTQI+ people are sometimes the targets of homophobia  in French Guiana and, although the incidents are not frequent, fortunately, there are still too many.

In addition, I want to challenge the focus of some LGBTI associations that understand  homophobia as a component of religious expression, but fail to analyze the politically inequitable neocolonial context that leads to delinquency, of which homophobia is a part. We will not be able to reduce discrimination without fighting for a change in society and in favor of a world that is less unequal. It is only when inequalities are reduced and racism and gender-based discrimination are reduced that homophobia will be reduced in a sustainable way. In this sense, it is futile to think that homophobia will decrease in unequal societies, where structural inequalities are detrimental to native and local people.

In French Guiana, and especially in the western portion of the territory, we will achieve very little in terms of reducing discrimination in general as long as we maintain a political order that does not emancipate the population, in terms of both infrastructure and training for youth. The status quo is neo-colonial — a political and social order that  controls a territory without caring about the human development of the local populations who are not of European descent and who are treated de facto as second-class citizens of the Republic.

Paradoxically, the focus is never put on this by some LGBTI organizations in French Guiana, even though such criticism of the Republic would challenge the gaping inequalities that limit the  changed attitudes that we seek. LGBTI communities know how important political environments are, yet some individuals choose to remain indifferent to them out of support for certain political and social conservatisms or in defense of class and racial privileges.

The freedom of access to information conferred by the 76crimes network allows for a freedom of tone that is not always well accepted or accepted within our groups. And even here, in the French Overseas Territories, we observe that mentalities are not always very democratic in terms of acceptance of the plurality of analyses regarding the persistence of homophobia in our societies.

Finally, on a personal level, the message I would like people to remember is that it seems illusory to me to want to dissociate the issue of the fight against homophobia from other social, racial and neo-colonial or gender issues, as taboo and explosive as they are in Guiana. We cannot expect to eliminate bias just by fighting against certain forms of stigmatization without attacking the privileges that underlie all inequalities.

Thank you very much, Moïse. I hope that the threats you have faced will be put to an end. I also would like to join you in thanking the 76crimes network for providing its readers with diverse perspectives from several regions of the world, always with a rigorous journalistic approach.

Bruno Agar is a member of the African Human Rights Media Network with a doctorate from the University of Paris-Saclay Evry-Val-d’Essonne. He teaches at the Centre Universitaire de Mayotte. He specializes in contemporary media issues, particularly in the African context 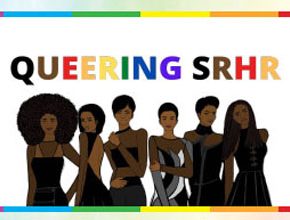