LGBTI rights activists in Cameroon have denounced the sexual abuse of a teenage boy by a man he turned to for advice about art and music.

The reported abuse occurred on Feb. 8 in Douala, Cameroon. The youth, named Isaac (pseudonym), is a 16-year-old who is passionate about drawing and music.  He met with Robert (pseudonym), a man in his sixties, in order to benefit from his experience.

After several meetings, Robert won Isaac’s trust. Robert then took Isaac to a secluded spot and assaulted him sexually.

Unfortunately for Robert, the location was not remote enough to escape notice by passersby. He was arrested by police.

LGBTI activists had nothing good to say about Robert and what he did. Contrary to the widespread belief in Cameroon that all homosexuals are pedophiles, the activists declared that such abuse is intolerable.

“We are aware of the presence of black sheep in all communities and societies, but [pedophilia] is a bad influence that disorients the work of the communities, however noble and constructive. Tolerating this kind of behavior would create misunderstanding about the issue of homosexuality in our society.”

A leader of the legal support organization Defenseurs Sans Frontieres added, “We defend the rights of LGBTI people in Cameroon, but not unjust actions such as this.”

After several investigations, police determined that Isaac is not a homosexual but rather is a naive youth who became prey for a predator pedophile seeking to satisfy his desires.

Isaac is currently under the care of a doctor and is being protected by his family. Robert remains in the custody of law enforcement in Douala.

In Cameroon, homosexuality is seen as an odious, uncultivated and unnatural practice. This mistaken belief results from mixing up homosexuality with pedophilic practices like this one. [Homosexuals are called “PDs”.]

Accepting this interpretation would destroy the work of LGBTI identity organizations that campaign for the transformation of social norms through awareness-raising, advocacy and other training activities. 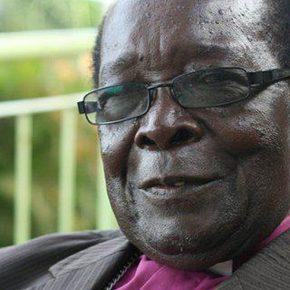