David Bahati, the homophobic Ugandan legislator, has declared his intention to contest the position of Deputy Speaker of the Parliament of Uganda when the 11th parliament gets under way in May.

One of the seven candidates vying to be Deputy Speaker of the Uganda Parliament is David Bahati, the MP who introduced the Uganda Anti-Homosexuality Bill in October 2009. The bill as written would have created the new offence of “aggravated homosexuality” which would be punishable by death, earning it the colloquial name, “Kill the Gays Bill.”

The Anti-Homosexuality Act was signed into law by President Museveni in February 2014, with the death penalty proposal reduced to life in prison. The Constitutional Court struck it down in August 2014, citing a procedural breech, but the damage had already been done to the LGBT community in Uganda.

Sexual Minorities Uganda executive director Frank Mugisha says David Bahati will not hesitate to influence the introduction and and passing of anti-gay laws and other conservative laws that will affect many Ugandans negatively.

“Having David Bahati as the Deputy Speaker of Parliament would be a disaster and dangerous to an old vulnerable LGBT community,” Mugisha says. “It would give Uganda and parliament a very bad picture.”

Bahati, 48, has been MP for Ndorwa West in Kabale District since 2006 and State Minister for Planning since 2015. He holds a Bachelor in Commerce, a Master Degree in Business Administration and is a certified public accountant. He also holds an Executive Certificate from the Wharton business school in the United States, and a Campaign Leadership Certificate from the Leadership Institute, Arlington, USA. He is the current chair of the National Prayer Breakfast.

The current speaker, Rebecca Kadaga, who described the passing of the Anti-Homosexuality Bill in December 2013 as “a Christmas gift” to Ugandans, is also seeking reelection.

“Ugandans want that law as a Christmas gift. They have asked for it and we’ll give them that gift,” Kadaga said in 2013.

She is also on record defending Bahati. In reference to Bahati’s Anti-Homosexuality Bill, Kadaga once said, “I cannot deny them the right to move private members’ bills. The debate on homosexuality is not a settled matter.”

She has gone on record saying she is open to having the Anti-Homosexuality Bill revived.

“Unfortunately, the bill was annulled by the court after President Yoweri Museveni had assented to it. However, the bill can still be deliberated on in parliament if the movers bring it back,” she told a local radio talk show in 2016.

At the 139th Inter Parliamentary Union (IPU) in Geneva in October 2018, Kadaga voted to ban debate on LGBT issues from appearing in the IPU agenda ever again.

She is reported to have played down the murder of LGBT activist David Kato in January 2011. While speaking at an IPU assembly in Quebec, Canada, in 2012, Kadaga alleged that Kato had contracted to pay his lover in order to have sex with him and that, when he failed to pay, he was beaten to death.

On that same visit, she caused a diplomatic stir by getting involved in a spat with the host Foreign Minister John Baird, whom she accused of attacking Uganda’s human rights record in respect to sexual minorities.

“When we came for this Assembly, to which we were invited, we expected respect for our sovereignty, our values and our country.… I, therefore, on behalf of the Ugandan delegation, and, indeed, the people of Uganda, protest in the strongest terms the arrogance exhibited by the Foreign Minister of Canada, who spent most of his time attacking Uganda and promoting homosexuality,” Kadaga said.

If Kadaga retains her position as speaker, rights activist Dorothy Emuron says the LGBT community in Uganda will have less reason to celebrate, and if David Bahati is elected her deputy, it will be disaster for the LGBT community.

Joto La Jiwe, the author of this article, is a Ugandan correspondent for the African Human Rights Media Network and a member of the Uganda Health and Science Press Association. He writes under a pseudonym. Contact him at info@76crimes.com. 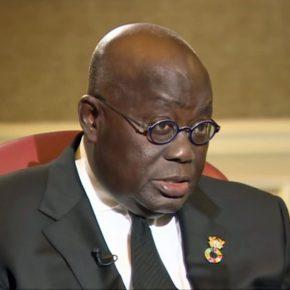 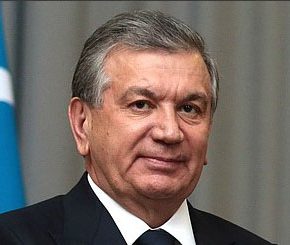