Amid a violent constitutional crisis in Haiti, sexual minorities are even more vulnerable than usual, but trans people can find refuge at a shelter known as Kay Trans Ayiti.


Stay up-to-date: Get a free subscription to Erasing 76 Crimes

Yaisah Val, a pioneer trans activist in Haiti, describes trans advocacy and the challenges of life in the impoverished Caribbean nation. This is an edited translation of a Feb. 6 telephone interview of Val by activist/journalist Moïse Manoel:

Please introduce yourself and your organization.

I am Yaisah Val. My organization is A.C.I.F.V.H and I am the first trans woman in Haiti to come out on a radio broadcast.

In the past, there was always confusion between sexual orientation and gender identity in the public debate in Haiti.

Since 2016 and the advent of A.C.I.F.V.H, we have been teaching, in order to distinguish between these two issues. Today, our main goal is political, social and cultural inclusion, as well as the medical inclusion of trans people.

To this end, with the help of a donor, we have set up a refuge to support trans persons experiencing family breakdown. The shelter has room for 20 residents.

Can you tell us more about the refuge?

The shelter is called “Kay Trans Ayiti”, which means “Home for Trans Haitians”.  We are proud to say that it was been in operation for two years.

When trans people start their transition, they often experience harsh rejection by people around them.

Here at the shelter, they benefit from psycho-social and medical support. Our residents are fed and housed and we provide them with classes to supply what they lost if they dropped out of school.

What about longer-term follow-up?

We are looking for a solution for longer-term accommodation that guarantees human dignity.  We have been working to inform the authorities about this need, but so far we have not succeeded.

Let’s turn to politics and what it’s like to live in a country that’s in crisis with no clarity about the future, especially the future for the current president.

Haiti is experiencing growing insecurity. Each trip outside the home is a new risk.

Banditry is becoming more professional, while the gangs are now organized as a cartel, in a country where the public services have given up.

The crisis is also political. The opposition wants the departure of President Jovenel Moise [now] while he says his term should be extended for another year.

In the meantime, trade unions that are close to the opposition walk out and the population’s electricity supply suffers, as does all economic activity.

As a Haitian trans activist, how do you evaluate Jovenel Moise’s tenure?

A presidential decree in June 2020 made a change in trans people’s civil status. [Editor’s note: The decree established a revised penal code that threatens to punish marriage officiants who refuse to perform same-sex weddings.]  Haiti currently has no chamber of deputies, so all decisions are made by the president by decree.

This decree was made without consulting with civil society, which led to many  questions. I received it with caution because it contains rather vague terminology about a “morphological change”.

The decree also aroused discontent of the conservative sectors of Haitian society, especially among evangelical Christians.

As a result, trans people now are seen as associated with the current government, which is very unpopular.  The political situation is tinged with transphobia. Indeed, a fraction of the opposition deliberately lumps Jovenel Moise in with the trans community in order to demonize him politically while also devaluing our struggles.

What do you see as the future of trans activism in your country?

At the OAS (Organization of American States) in 2016, Haiti was the only Caribbean member to sign a pledge in favor of a so-called “gender identity” law. We would like this commitment to be put into practice so that the right to affordable hormone therapy becomes real.

Moïse Manoel, a native of Guadeloupe, has a bachelor’s degree in geography from Paris 1 Panthéon-Sorbonne University, two master’s degrees (sustainable development management, sociology and social work) and is currently completing his Ph.D. at the University of the Antilles in Martinique with a focus on homophobia and neocolonialism in French Guiana and Suriname. 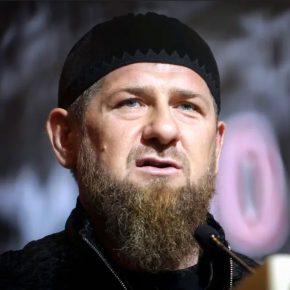