The safety of sexual minority communities in Uganda has been a big concern for years, but 2020 will go down as one of their “darkest” years, especially because of human rights violations during the nation’s Covid-19 lockdown. This is according to an analysis of security and safety by the LGBTIQ+ advocacy group Sexual Minorities Uganda (SMUG).

The study concluded that LGBTQI persons and human rights activists as well as LGBTQI-led organisations suffered unique challenges largely brought about by the Presidential Health Guidelines to prevent the spread of the new coronavirus.

Enforcement of the lockdown of March 2020 led to a rapid increase in violations of LGBTQI people’s rights, the study said.

According to Frank Mugisha, the executive director of SMUG, this led to many human rights violations against the LGBTIQ+ community, including arbitrary arrests, arbitrary detention, lack of due process, torture, and inhuman and degrading treatment while in custody.

A source of the problem, Mugisha said, was that the public health guidelines were unclear about the definition of a large gathering and about how the rules would apply to shelters for vulnerable citizens, especially LGBTQI people.

“The guidelines did not specify how many people were allowed to reside or congregate in a home and yet, in the case of one LGBTQI shelter, they were implemented in a way as to warrant the arbitrary arrest and detention of 20 LGBTQI persons from the shelter administered by the Children of the Sun Foundation (COSF)”, Mugisha said.

Diane Bakuraira, a staffer working with the SMUG programme REAct that documents security incidents against the LGBTIQ+ community and seeks to help the victims, reported that the most common incidents that REAct documented were to do with police harassment, threats and arrests.

In addition, LGBTIQ+ organisations locaated near police posts were under constant scrutiny by the police officers in those stations. The reason given for this, she said, was that neighbours kept reporting the organisations to local authorities, including police.

One such incident happened during a SMUG event in August 2020, Bakuraira said: Police inquired about what was happening at the offices because, according to them, a neighbour had called in a report, seeking to stop the event from happening.

Police harassment and arbitrary arrests and detention were reported by 30% of the respondents, the study found.

To reduce the number of such arrests, SMUG is currently reaching out to members of the LGBTQI community to provide them with accurate information about their rights, Mugisha said.

“We also continue reaching out to key players like the police, Uganda Human Rights Commission, legislature and others to provide relevant information. This is based on the fact that sometimes, people just see an LGBTQI person and simply call the police”, he said.

In addition to those efforts, the report’s authors stated that legal reforms are needed. They proposed work to repeal penal code provisions that criminalise same-sex acts and vagrancy, following the example of countries such as Botswana, Seychelles, Cape Verde and Angola.

They declared that it is high time for Ugandan activists, organisations and other like-minded stakeholders to lobby for the decriminalisation of consensual same-sex sexual acts, including by instituting a constitutional petition.

Advocacy and dialogue with legal entities like the Uganda Law Reform Commission and the legislature need to be scaled up, they said, because these laws underpin the homophobia that is so common in Ugandan society and in its public institutions. 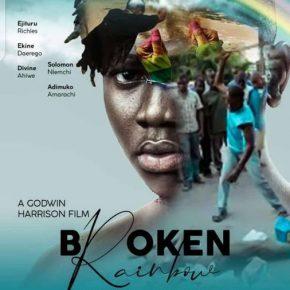