A top Iranian aide has been charged with “spreading moral corruption” for sharing a cartoon online that showed loving lesbian and gay parents.

Iranian president’s special assistant for citizenship rights, Shahindokht Molaverdi, has been charged with “spreading moral corruption and depravity” after she “accidentally” authorised the publication of a rainbow family infographic.

Following a complaint by the security and judicial authorities, the Culture and Media Court filed an indictment against Molaverdi. According to Fars News Agency, one of the three charges against is “spreading moral corruption and depravity” and providing the means for this sort of behaviour.

In response to this report and waves of attacks on social media, Molaverdi said she had accidentally posted the image on her Telegram channel and quickly deleted it afterwards. …

Following the news of the indictment against Molaverdi, some influential social media profiles in Iran threatened her with the same disastrous fate as the one Lot’s wife meets in the Bible for promoting homosexuality.

According to Article 639 of the Islamic Penal Code, anyone who encourages or incites people to moral corruption or depravity is sentenced to one to ten years in prison. 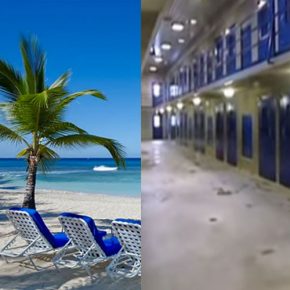