Ugandan prison officials finally released 19 LGBT men today, a day after prosecutors dropped charges that the men violated Covid-19 lockdown rules by living together in a homeless shelter. The men were held for 50 days without trial and without being allowed to apply for bail.

Uganda police jailed the 19 LGBT Ugandans on March 29 after they and four others were arrested on charges of enabling the spread of Covid-19 by living together at the shelter, run by Children of the Sun Foundation Uganda (Cosf Uganda), an LGBT organisation on the outskirts of the Ugandan capital, Kampala.

The LGBT community members were beaten and forced to take a “walk of shame” through the village from their shelter to Nkokonjeru Police Post in Kyengera town council, about 20 minutes’ drive from Kampala City.

The men apparently had been beaten and tortured while in custody. All had their heads shaved.

Adrian Jjuuko, executive director of the legal advocacy group Hrapf Uganda (HRAPF), complained to the Director of Public Prosecutions that the charges against the 19 were arbitrary and arising out of homophobia, rather than the need to control Covid-19.

Jjuuko described what the HRAPF lawyers saw when they were finally allowed to visit the prisoners on May 15:

“All of them looked frail as they are suffering from various ailments, including diarrhea, typhoid and malaria, most of which were acquired from prison. One of them who is HIV positive cannot access treatment, not because it is not available but because the prison authorities loudly call out any persons who are HIV positive to go and get medicines. Many who are sick do not have medicine and asked us to get them access to an assortment of medicines.”

Yesterday, after the Director of Public Prosecutions ordered the charges to be dropped, Nsangi Magistrate’s Court ordered all the prisoners to be released. But officials at Kitalya Prison demanded paperwork specifying each prisoner’s name. That demand delayed the release until today.

In the process, HRAPF discovered a 20th prisoner who had been arrested, charged and imprisoned, but whose name was not included in court documents. Jjuuko expressed confidence that the oversight would soon be eliminated and the 20th prisoner would be released promptly. 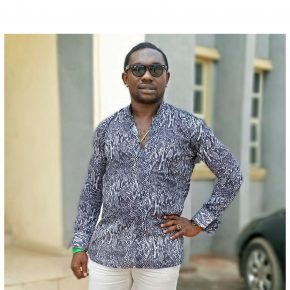