Browse: Home / 2020 / May / 15 / Decriminalization or marriage, where should Caribbean LGBT people focus?

Campaigning for same-sex marriage could lead to the breakthrough that Caribbean LGBT people need, Jamaican/Canadian LGBT rights activist Maurice Tomlinson says. In this essay, he explains why he has reached that conclusion. 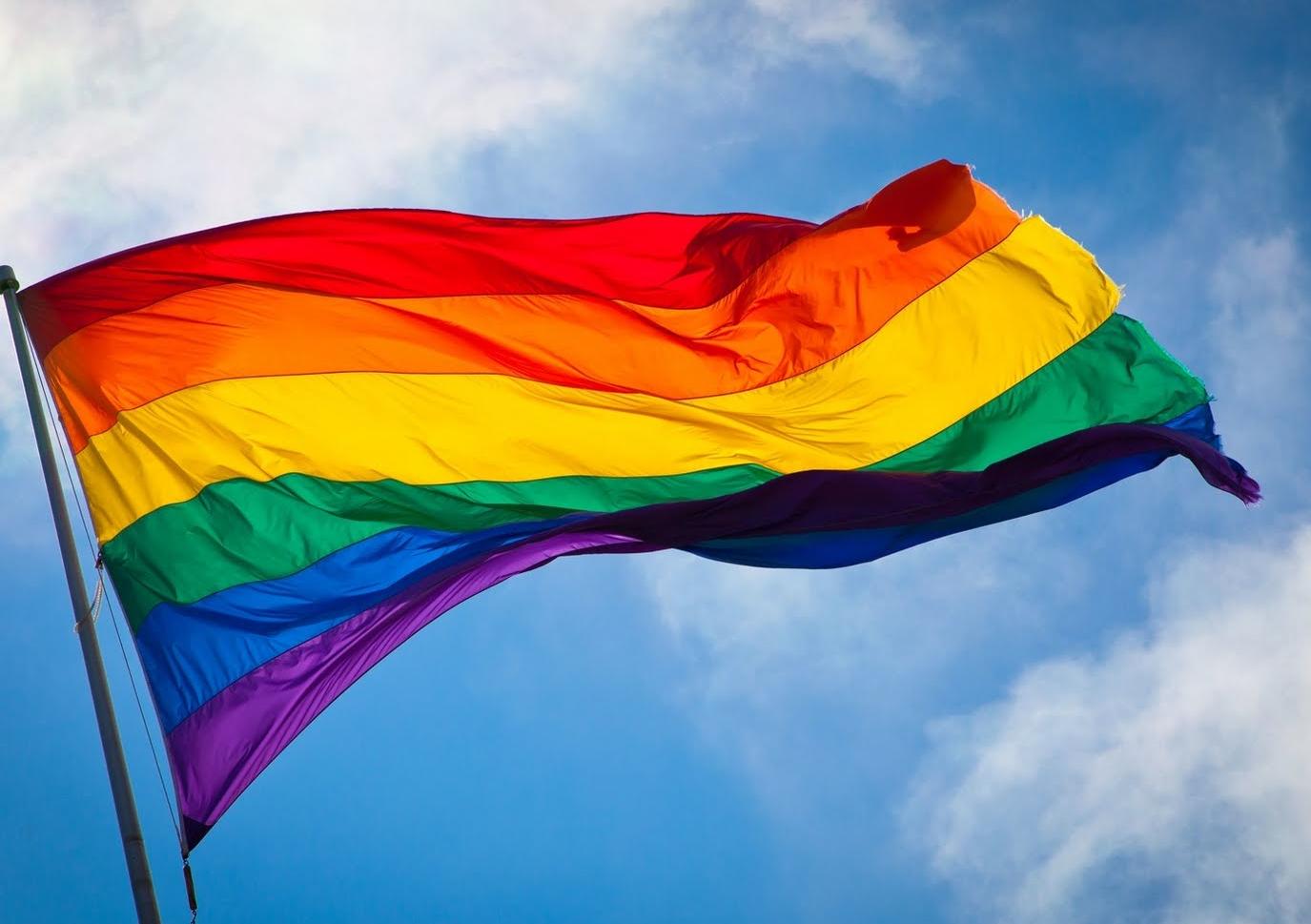 For over two decades I have been proud to partner with local and international groups that are working to eliminate anti-sodomy laws from the Caribbean. These British colonially imposed statutes criminalize all forms of intimacy, usually between men, and carry sentences of up to life imprisonment (Barbados).

Not only do these archaic edicts directly violate a range of rights, including privacy and dignity, they also give license to egregious and sometime deadly attacks against LGBT citizens. Further, the existence of these laws is a major reason why the Caribbean has the second-highest HIV prevalence rate after sub-Saharan Africa.

In light of those alarming facts most activists recognized the urgent human rights and public health justifications for ridding the region of anti-sodomy laws. To achieve this goal, a multi-pronged advocacy strategy was adopted, including direct court challenges, police LGBT sensitivity trainings, media and other visibility campaigns such as Prides, as well as dialogues with faith leaders who opposed decriminalization.

Sadly, the regional response and reaction to these various initiatives has been muted at best, with only marginal decreases in the level of homophobia in select states. Caribbean people seem to have little appetite for discussing gay sex, even though by any measure the region is sex-obsessed. Our music, culture, dress, and speech are riddled with overtly sexual references.

Considering the resistance to legalizing same-sex intimacy, most Caribbean queer leaders felt that calling for state recognition of same-sex unions was a non-starter. The accepted and largely unchallenged wisdom was that campaigning for gay civil partnerships or marriage would undermine the movement for decriminalization.
And, while regional activists held this view, in 2012 Jamaica introduced the first constitutional ban on same-sex unions anywhere in the Caribbean.

This draconian change also coincided with a strengthening of the country’s anti-sodomy law. So, in addition to the dreadful 10 years imprisonment at hard labour for their private acts of intimacy, Jamaican gays also became liable to registration as sex offenders.

Further, they would be required to always carry a pass or face up to twelve months in prison plus a JA$1million (about US $6,870) fine for each offence of not having their “Scarlet Letter”.

As a Jamaican gay man and human rights lawyer, I was devastated by this massive legal regression. But I saw no other path to liberation than the linear approach of other countries whose trajectory usually proceeded as follows: first decriminalization, then social security benefits, then adoption, then civil unions, and finally marriage.
In many cases these changes took place over five or more decades.

So, without a major shift in strategy, many of the former British colonies are at least 50 years away from recognizing same-sex unions. At the same time neighbouring states have been celebrating gay weddings for years. In a strange twist of fate, some current British Caribbean Overseas Territories, such as Bermuda and the Cayman Islands, recognize same-sex unions, which means, that those colonized territories grant their people more rights than their independent neighbours!

Compounding the irony is the fact that the sovereign states often relied on their imposed colonial laws and imported religious doctrine to justify denying human rights to their LGBT citizens.

Despite the rapid progress towards marriage equality elsewhere in the Western Hemisphere, I accepted the conventional wisdom about prioritizing decriminalization for the Caribbean. And when pressed by local media I never confirmed that equal marriage was a goal for Caribbean LGBT activists despite being married to a man myself, thanks to Canadian law.

All that changed when for urgent personal reasons I was forced to file my challenge to Jamaica’s ban on same-sex unions in 2018. My mother who has been ailing for some time, now requires 24 hours care and I wanted to return home to look after her. But I would need my Canadian husband’s financial and emotional support for what would be a very daunting task.

Since Jamaica did not recognize our marriage my husband would not qualify to gain citizenship through marriage (unlike heterosexuals) and so he could not reside and work on the island.

Jamaica was forcing me to choose between my husband and my mother. So, I filed a Petition before the Inter-American Commission on Human Rights to have the unconscionable ban struck down.

Although my cause was just, I still expected significant pushback from Jamaicans. However, I was overwhelmed by the positive responses, including from the island’s most established and respected newspaper.

In retrospect, I should not have been surprised by the encouraging feedback. Despite what the country’s powerful right-wing religious establishment had led me to believe, some regular Jamaicans that I had met seemed unperturbed that I was wed to a man.

My own father is an evangelical Christian and he was not open to discussing any sexual topic with me, much less my homosexuality. However, when he met my husband and eventually spent time with us at our home, he witnessed our truly unremarkable married life. As a result, he has become one of my biggest supporters and even calls me from time to time to ask what I have cooked for my husband’s dinner! Marital stereotypes can be hard to break.

Another heartwarming incident happened in 2016 when I applied to renew my Jamaican passport. I was asked to indicate my marital status on the application form but as a lawyer that presented me with a conundrum. Under the laws of Jamaica my marriage is not recognized. So, I left the question unanswered. When the clerk reviewing the application form noted the discrepancy she asked me to explain and I told her my difficulty. Without missing a beat, she insisted that my marriage must be noted on my passport and asked for my husband’s details, which I supplied.

These two events got me thinking: Is our advocacy for LGBT human rights in the Caribbean missing a crucial element? Instead of exclusively campaigning to decriminalize gay sex should we also be showing that LGBT people are members of families? Could it be that a large part of the resistance to decriminalization is because many straight people find gay sex “icky” and still equate it with HIV and AIDS because of decades of religious miseducation?

Should we therefore capitalize on the fact that nearly everyone can relate to the need for love and family while few people can appreciate a right to same-sex intimacy, even if done in private? Does the singular focus on decriminalization reduce LGBT people to a sex act in the eyes of the public, and discussing same-sex unions might help to humanize us?

These are not merely academic questions, and they have very practical implications. The limited funds and capacity for LGBT human rights advocacy (made worse by the Covid-19 economic crisis) means that we must focus our resources so that we can get the best “bang for the buck.”

It therefore seems to me that, by boldly combining the legal recognition of LGBT unions with the campaign for decriminalization in one ”ask” (e.g., dignity for all), we will break through a logjam of mental resistance to LGBT people that much of Caribbean society still holds. Further, we now have evidence from dozens of countries that same-sex unions will not lead to societal destruction. These examples can refute the oft-repeated homophobic tropes of the anti-LGBT religious alarmists and their ilk.

There is certainly no silver bullet for LGBT human rights advocacy and local contexts may vary. But I found it interesting that at the last global decriminalization conference, which was held in Barbados in July 2019, one of the hosts used his closing remarks to suggest that, in future convenings of that sort, same-sex unions must be given equal billing.

In this radically changed world, I therefore submit that we must challenge everything, including the established formula for achieving LGBT equality. Caribbean queers simply cannot wait another 50 years for our right to live and love freely.