Message to Tanzania: Your homophobia is killing people. No one should be arrested for being LGBT – or for attending a training session to learn about preventing HIV.

A plea to Tanzania from Neela Ghoshal, senior researcher in the LGBT Rights Program of Human Rights Watch:

Tanzania: Govt Should Change Its Tune on LGBTIQ Health and Rights

“In short, we are dying,” Victor, a 25-year-old gay man in Tanzania, summed up his story when we spoke in mid-2018. He had just outlined the litany of measures Tanzania’s government had taken to deny lesbian, gay, bisexual and transgender (LGBT) people the right to the highest attainable standard of health – a right guaranteed to all under African and international law. “Because of government,” Victor said, “LGBT people don’t have a place to get training [on sexual health]. People don’t get lubricants, they don’t get condoms, they don’t get services.”

Victor was not exaggerating the impact of Tanzania’s deliberate crackdown on LGBT people, which began in 2016 under the administration of President John Magufuli. Another gay activist reeled off names of several trans, gay, and bisexual Tanzanians who he said had died from HIV-related causes in the course of a year. The crackdown, he said, led some HIV-positive LGBT people to stay home, afraid to venture out to health clinics to pick up medication – especially trans women, who face particularly high risks of arrest, violence, and discrimination.

Human Rights Watch published a report  on February 3 on Tanzania’s anti-LGBT crackdown and its impact on the right to health. While Tanzania has criminalized same-sex conduct since British colonial times, we found that recent government policies have systematically dismantled a safety net that supported LGBT health as recently as 2015.

Through directives from Tanzania’s mainland health minister, Ummy Mwalimu in October 2016 and February 2017, the government banned community organizations from distributing lubricant and conducting HIV outreach to gay men. It shut down close to 40 drop-in centers that had provided health services to LGBT people and other key populations in the fight against HIV, including sex workers and people who use drugs. The health minister dismissed this life-saving work – all of it in line with Minimum Standards issued by the Southern African Development Community (SADC) on HIV and sexual and reproductive health – as “promotion of homosexuality.”

When organizations held meetings to educate LGBT people and others about HIV, health, and rights, police raided the meetings and arrested participants, both in mainland Tanzania and in semi-autonomous Zanzibar. When lawyers from South Africa’s Initiative for Strategic Litigation in Africa (ISLA) met with activists from Tanzania’s Community Health Education Services and Advocacy (CHESA) in October 2017 to discuss possible litigation to challenge these policies, police put the lawyers and activists behind bars.

[See this blog’s article from 2017: “Tanzanian yesterday deported three lawyers it accused of ‘promoting homosexuality,’ although what they actually did was consult Tanzanian activists about a planned lawsuit to restore health services for the LGBT community there.”]

At a particularly heated moment in Tanzania’s anti-LGBT crackdown, regional commissioner Paul Makonda threatened to establish a task force to arrest all gay men in Dar es Salaam. That prompted donor outrage, after which then-Foreign Affairs Minister Augustine Mahiga distanced the government from Makonda’s threats. He pledged that Tanzania would “continue to respect all international agreements regarding human rights signed and ratified.” But the government’s lack of respect for international agreements, including those that uphold the right to health, is pronounced and continuous.

Tanzania should take immediate steps to remedy these violations and respect African and international law.

Finally, the government should instruct the police to end arbitrary arrests based on sexual orientation or gender identity and for the manufactured crime of “promoting homosexuality.”

No one should be arrested for being LGBT – or for attending a training session to learn about preventing HIV. 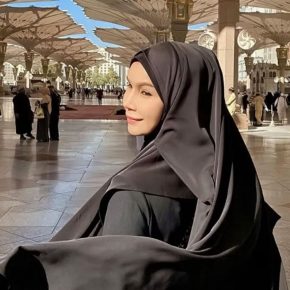