An LGBT rights activist from southern Russia has fled to the Netherlands after facing threats of prosecution from law enforcement and of retribution from conservative vigilantes.

The English-language Moscow Times and the Russian-language Don News report:

An LGBT activist fled southern Russia for the Netherlands after facing threats of prosecution from law enforcement and retribution from conservative vigilantes, she said in an interview [Jan. 28].

Anna Dvornichenko has said that authorities in the city of Rostov-on-Don refused to investigate two attacks — one with pepper spray and another with a smoke bomb — against her that took place in the same week last summer. Instead, Dvornichenko said anti-extremism officers had threatened to prosecute her for her activism.

In an interview with the donnews.ru news website, Dvornichenko said Dutch authorities approved her asylum request within 10 days after she fled Russia in October.

“Obtaining refugee status is simpler here,” she said. “As proof, I submitted documents about the attacks and the decision to refuse to open a criminal case [against the attackers].”

Dvornichenko said she currently lives in a Dutch refugee center, is taking language courses and plans to pursue a Ph.D. in the Netherlands.

She said that authorities in Rostov-on-Don had threatened to criminally charge her with extremism and with “gay propaganda” to minors.

Russia has been criticized for its LGBT rights record, including the 2013 “gay propaganda” law and an adoption ban against foreign LGBT couples in countries that allow gay marriage.

The high-profile murder of a vocal LGBT rights activist shortly after her personal details leaked in an anti-LGBT group’s “death list” has thrust the issue back into the spotlight in 2019.

“I feel more in peace in a foreign country whose language I don’t know and where I have no relatives or friends than [I’ve felt] in the past six months,” Dvornichenko told donnews.ru. 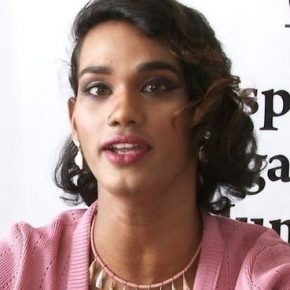