Two cabinet ministers in Uganda have each issued  a public official statement on the current  LGBT+   situation, clarifying that government is not intending to introduce a new Anti-Homosexuality Bill in Uganda’s Parliament to further criminalise same-sex relationships and giving assurances of non-discrimination in access to healthcare. 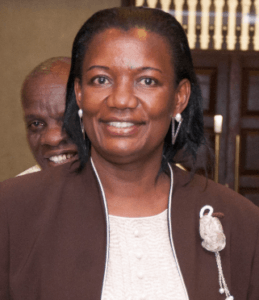 Esther Mbayo, the Minister in Charge of Uganda’s Presidency and Dr Ruth Aceng, the Minister for Health, said Friday evening in Kampala that the government condemns any human rights violations against anyone in Uganda, urging LGBT persons to report any abuses to authorities. It follows new incidents of violence against and murder of members of the LGBT+ community.

This is the latest high-profile assurance  by Ugandan leaders that no new  Anti Homosexuality Bill is being planned. It also follows  media reports from early June  this year, quoting Fr. Simon Lokodo, the minister for Ethics and Integrity saying that a new anti-gay bill was being drafted for introduction to parliament for consideration.

Another member of Parliament, Dr James Nsaba Buturo, had also made public statements that he was taking leave of parliament to draft a new Anti-Homosexuality Bill after the 2014 Anti-Homosexuality Act was annulled by the country’s Constitutional Court on technical grounds. The nullification was based on Parliament’s lack of a requisite quorum to pass a bill.

“I would like to use this opportunity to state clearly that the  Anti-Homosexuality Act was nullified by Uganda’s Courts of Law in 2014. (The) Government of Uganda does not have any plans of re-introducing the anti-homosexuality bill on the floor of Parliament. …

On her part, Dr Ruth Aceng said,  “It is the policy of Ministry of Health that all patients should be able to seek medical treatment without fear of discrimination, violence, personal vengeance or retaliation.”

She appealed to all health care providers to accord all patients  care without any consideration based on race, tribe or gender, among other considerations. Her appeal reinforces the 2014 Ministerial Directive on Non Discrimination that was signed by Uganda’s current Prime Minister, Ruhakana Rugunda, when he was a minister of health. That was immediately after the nullified law had been passed.

The minister also took aim at a case of a lesbian woman currently recovering  after a medical doctor allegedly assaulted her during consultation, when the doctor learned that his patient was a lesbian. She said the Uganda Dental and Medical Practitioners Council, which looks at the conduct of health care providers, was investigating the matter alongside criminal investigations by police.

Human rights defenders reacted with joy at the two ministers’ public statements, noting that they  will go a long way in calming down fears among the public, especially LGBT+ community in Uganda, over a new anti-gay bill, as well as assurances in access to health care. It is hoped that hate speech as a tool of winning sympathy for public support to justify such a new bill is reduced.

Esther Mbayo’s portfolio also oversees the efforts of Uganda’s President, Yoweri Museveni, in the fight against HIV/AIDS through the Uganda Aids Commission (UAC), a public institution established by an act or parliament.  UAC was established under the Office of the President in 1992 to coordinate the multi-sectoral response to the HIV and AIDS epidemic. The Commission is mandated to provide oversight and coordination of all HIV and AIDS activities in the country.

Her job also includes  direct oversight over Resident District Commissioners (RDCs) throughout Uganda’s Local Government infrastructure. RDCs are the head or sit on  security committees in all districts. They observe, on behalf of the President the performance of all District Police Commanders, Internal Security Organisations operatives ( secret service), and all security organs in their locality. The RDCs then report directly to the President. Those reports are received by Hon Esther Mbayo’s office. This is where activists believe that the attacks  on LGBT+ communities, and the current lack of interest by security agencies to investigate will be addressed by the minister.

In the past Minister Mbayo has accused some Non-Governmental Organisations (NGOs) of sponsoring political unrest.  Activists believe that  Uganda’s Security Minister Gen. Elly Tumwine’s recent public statements linking LGBT+ organisations to terrorism and political dissent are linked to unfounded reports to  President Yoweri Museveni from some RDCs that are sympathetic to anti-gay forces.

LGBT+ and health activists also believe that government’s statements were well-timed for positive global public relations especially sincet Uganda is bidding to host the next  International Conference on Aids and Sexually Transmitted Infection in Africa (ICASA) in 2021.

What the ministers statements imply to anti-gay leaders

It will remain to be seen how much leverage the Ugandan government will use over conservative evangelical Christian agitators bent on writing a new anti-homosexuality bill in Uganda. Although two cabinet ministers issued the statements, this cannot technically stop a member of the Ugandan Parliament from drafting and tabling (introducing) new Private Members Bill.

Some observers in Kampala have told Erasing 76 Crimes that the leverage by government will likely only be political since the legislators that have  been publicly  calling for a new law are all members of the ruling National Resistance Movement (NRM) party led by President Yoweri Museveni.  There is a high chance that the government position on  no need for a new anti-gay bill will hold for now because those legislators will want to keep in their ruling party’s good books ahead of the next 2021 Presidential and Parliamentary elections, for them to be funded by their NRM party for reelection.