It’s time to put an end to systemic violence against trans women in Lebanon, according to international and national human rights advocates. Worldwide, trans women are among the most frequent victims of anti-LGBTQ violence.


“‘Don’t Punish Me for Who I Am’: Systemic Discrimination Against Transgender Women in Lebanon” is the title of a report drafted by Human Rights Watch in cooperation with the Lebanon-based LGBTIQ rights organization Helem and MOSAIC, the Middle East-focused health and human rights organization, which advocates for sexual minorities.

For the 119-page report, “‘Don’t Punish Me for Who I Am’: Systemic Discrimination Against Transgender Women in Lebanon,” Human Rights Watch, in collaboration with Helem and MOSAIC, interviewed 50 transgender women in Lebanon, including 24 Lebanese trans women, 25 trans refugees and asylum seekers from other Arab countries, and one stateless trans woman, as well as human rights activists, representatives of international agencies, lawyers, academics, and healthcare professionals who work with trans individuals in Lebanon.

“This groundbreaking report shows the ever-present violence and discrimination against trans women in Lebanon,” said Lama Fakih, acting Middle East and North Africa director at Human Rights Watch. “Confronted by ignorance and hostility from society, trans women also face violence and abuse from the security forces and government that are meant to protect them and their rights.”

Exclusion of trans people is exacerbated by a lack of resources tailored for their needs and by the difficulties they face in obtaining identification documents that reflect their gender identity and expression. Discrimination is often worse for trans refugees, who are already marginalized.

The report shows that the discrimination transgender women face begins at home. Interviewees reported incidents of family violence, including physical and sexual assault, being locked in a room for extended periods, and being denied food and water. Many trans women were pushed out of their homes, and in the case of refugees and asylum seekers, their countries, yet they felt they had no recourse to the law. There are no shelters providing emergency housing for trans women, leaving them to navigate the informal, expensive, and often discriminatory Lebanese housing market on their own. Trans women reported facing discrimination by landlords, flatmates, and neighbors, in addition to being forcibly evicted by the police because of their gender identity.

Many trans women said that they do not feel safe in public. They told the researcher that security forces often subject them to harassment at checkpoints, arrest, or violence because of their appearance, in some cases amounting to torture. While Lebanese law does not criminalize being transgender, article 534 of the penal code, which criminalizes “any sexual intercourse contrary to the order of nature,” has been regularly enforced against trans women. Trans people are also arrested on charges such as “violating public morality” and “incitement to debauchery.” Trans women detained under such laws reported being placed in men’s cells and made to give coerced confessions.

Further, members of the public harass and physically assault trans women with impunity, the report found. Many transgender women said they are forced to hide who they are to survive. One trans woman said that walking through Beirut in daytime “feels like boiling water is being poured on me.”

Nearly all interviewees recounted being denied jobs because of their appearance. For trans refugees and asylum seekers, this discrimination is compounded by their lack of legal residency, which limits their ability to work in Lebanon.

Many transgender women also face discrimination when seeking medical care, including being denied treatment because of their gender identity. One trans woman said: “I got really sick and had to be taken to the hospital. When I got there, I was spitting blood, but they refused to let me in because I am trans… I could have died at the hospital door.”

Trans women said one of the main obstacles to being able to access basic services was their inability to get identification papers that reflect their gender identity and expression. Trans people in Lebanon can only change their names and gender markers on official documents through a court ruling, often following a “gender dysphoria” diagnosis and surgery, which is expensive and sometimes unwanted. Many trans women are also deterred from seeking rulings due to high fees, lack of legal assistance, and protracted court proceedings.

In January 2016, an appeals court ruled that a transgender man could change his name and gender marker, overruling a lower court, and citing the right to privacy under article 17 of the International Covenant on Civil and Political Rights. The court found that gender affirming surgery should not be a prerequisite to gender identity recognition, but this does not set a binding legal precedent.

Lebanon should act swiftly to end the systemic discrimination and violence against transgender women. Lebanese security forces should stop arresting trans women based on their gender identity and instead protect them from violence, including by holding the perpetrators to account. The Lebanese government should enact legislation protecting against discrimination on the grounds of gender identity and establish a simple, administrative process allowing transgender people to change their names and gender markers on documents based on self-declaration, as is the practice in countries ranging from Argentina to Malta to Pakistan.

Donors and international agencies should fund trans-led initiatives to provide much needed services such as health care, legal aid, and income-generating activities. They should also fund emergency shelters for transgender women across Lebanon.

“Trans women in Lebanon have been forced to hide who they are just to survive, but the government can no longer claim ignorance of the violence and discrimination they face,” Fakih said. “By sharing their stories, trans women are demanding that the government see them and give them equal access to livelihoods, services, and protection.” 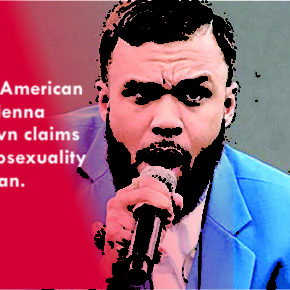 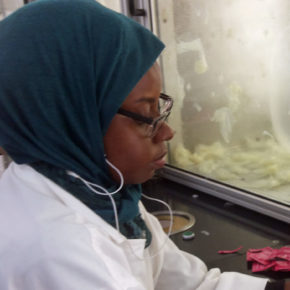