The large and influential Jamaican Gleaner newspaper has endorsed activist Maurice Tomlinson’s appeal to an international human rights commission for support of marriage equality in Jamaica.

Maurice Tomlinson’s request that the Inter-American Commission on Human Rights (IACHR) declare Jamaica’s constitutional ban on same-sex marriage as offensive to the hemispheric convention on rights is unlikely, in the near term, to lead a change to the basic law.

For, unlike Mr Tomlinson, who has persistently pursued the rights and interests of gays and others in Jamaica’s LGBTQ community, the island’s political leaders haven’t often displayed the courage to do what is right in difficult circumstances.

But while it won’t be admitted by the keepers of emaciated notions of morality, Mr Tomlinson has on his side the profundity of logic and, this newspaper believes, the girder of the convention, which Jamaica signed and ratified 41 years ago. In other words, we expect the IACHR to rule in Mr Tomlinson’s favour, although it will be able to do little to compel action from the Government. Why such a ruling, if it happens, is important, though, is that it helps to keep open and lend authority to the arguments of those who stand against the diminution of the rights of the minority.

The ‘saving’ clause, which protects laws that were place before the promulgation of Jamaica’s Constitution, could well be the safeguard of this bit of anachronism, unless the domestic judges embrace the position of the Caribbean Court of Justice – whose rulings are persuasive, but not binding, on Jamaica’s courts – that saving clauses should be restrictively applied, especially when interpreting old laws that infringe the guarantees in the new constitutions.

“As far as possible, full effect should be given to the guarantees promised to the citizen in those rights,” the CCJ said in a ruling last year on a case from Guyana.

The petition Mr Tomlinson filed with the IACHR last month places scrutiny on Section 18 (2) of Jamaica’s Constitution, which declares marriage to be “the voluntary union of one man and one woman”, which, in effect, makes illegal in Jamaica Mr Tomlinson’s Canadian marriage. The fact that the definition of marriage is embedded in the Constitution means that it can’t be overturned by a domestic court.

The upshot of this constitutional position, Mr Tomlinson argues, is that he and his husband, Thomas Decker, could not return to Jamaica and enjoy the rights owed to them under the Inter-American Convention, which, as a signatory, Jamaica is pledged to uphold. “He therefore asks that the commission require Jamaica to fulfil its human-rights obligations under the convention,” the petition says.

Among the guarantees that Mr Tomlinson will presumably argue are being infringed are those relating to the right to family under Article 17 of the convention, which declares that the “right of men and women of marriageable age to marry and to raise a family shall be recognised, if they meet the conditions required by domestic laws, insofar as such conditions do not affect the principle of nondiscrimination established in this convention”.

While the convention nods to limits of domestic law, it places no gender qualification on marriage, or, for that matter, what constitutes a family. Moreover, the right to dignity, privacy, freedom of association, and social justice, which member states, including Jamaica, undertake to protect, is not circumscribed. In that regard, Maurice Tomlinson and Thomas Decker, and whoever else, should have the right to live in Jamaica as husband and husband, which, from our reading, is a guarantee of the Inter-American Convention on Human Rights, of which Jamaica is a signatory. 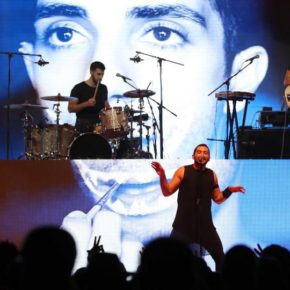 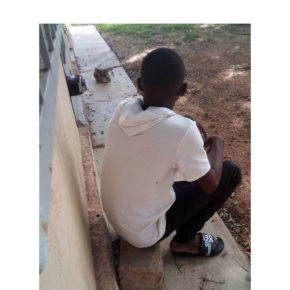