The controversial papal nuncio to Uganda, Archbishop Michael August Blume, has bid farewell to Uganda “at the conclusion of his tour of duties” in the country.

Since February 2013, he has been the Pope’s representative (the Apostolic Nuncio) to Uganda. He has now been transferred to Budapest, the capital of Hungary.

During his time in Uganda, Archbishop Blume visited some of the nation’s refugee camps and expressed his appreciation to President Museveni for Uganda’s hospitality towards immigrants and refugees.

In return, President Museveni said he appreciated the service of Archbishop Blume in Uganda. He emphasized the need for refugees, especially young ones, to get education in order to to live good lives in the immediate and long term.

In February 2017, Blume told a meeting in Kapchorwa town in eastern Uganda that some human rights activists are agents of the devil.

“They tell you about condom use, infidelity, homosexuality and adultery. They talk about Injectaplan [an injectable hormonal contraception] and insist on abortion; they promote the sale of children. None of these are human rights but works of the devil,” he said.

Returning to the subject later, Blume said such matters are purely evil but are being promoted by some NGOs and civil society activists under the guise of upholding human rights.

Such evils, he said, are tearing families apart.

In conformity with Roman Catholic doctrine, the church in Uganda, he asserted, emphasises natural family planning methods and opposes family planning as a way of child birth control. The church’s position therefore is abstinence for the yet-to-marry and faithfulness among the married. He added:

“Ugandan laws too denounce acts of homosexuality and Parliament passed the Anti-Homosexuality Law, although it was in 2014 declared null and void after human rights’ activists challenged it, saying it was passed without the required quorum.”

“Today in our society, there are too many things; too many people who want to tell us how to live without Christ,” he said.

He asked communities to desist from such pressures for the good of families.

“These are less efficient and effective compared to modern family planning,” he said.

He faults Catholic leaders for failing to recognise the needs of believers.

“Thirty per cent of women in Uganda use modern family planning and these include staunch followers of the Catholic faith, which has the largest population in Uganda,” Chekweko said.

In particular, Chekweko expressed disappointment about Blume’s remarks made in Kapchorwa District, which has the nation’s highest fertility rate, currently 8.2 per cent. He added:

“With all due respect to the Papal Nuncio, Uganda needs family planning. Anybody who speaks against it is against Uganda too.

“Would a church leader be happy to preside over a funeral of a mother who dies during the birth of her tenth child?” 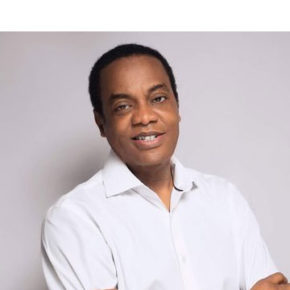