A diaspora African activist’s view of the anti-trans protest at last weekend’s London Pride: We must deal with prejudice, discrimination and in-fighting in the LGBTI+ community.

The LGBTI+ community went into London Pride grappling with racism in the community, but we came out covered with the transphobia sprayed all over us by a group claiming to be advancing the lesbian movement.

The events leading to this year’s London Pride, what happened on the day and after the pride shows that there is an even bigger elephant in the LGBTI community that needs to be addressed and dealt with.

The elephant is prejudice, discrimination and in-fighting. As much as we condemn the messages, views and the platform used by this radical group, the reality is that those views exist within the LGBTI community, and among the British public.

I once again condemn the disgraceful acts of the shameless ‘Get the L Out’ group. Even though pride originated from an act of protest, this is not the kind of protest that the heroes of the Stonewall Riots envisaged. The ‘Get the L Out’ action created nothing more than a sense of insecurity, fear and discrimination within the transgender community. I offer my support to the trans community, wherever they are.

Many people have condemned the actions of the protest group and indeed other lesbians have made it public that the group does not represent the views of the entire lesbian community. We must nevertheless accept that they do represent certain divisive views, however limited they are.

This was not an amateurish protest. It was well-coordinated to attract media attention, pushing the boundaries of not breaking the law to achieve maximum bad publicity for pride, instill fear in the trans community, question the government’s actions and break down the community.

The entire LGBTI community should come together to undo the damage caused by ‘Get the L Out’. One has to wonder how such a protest could happen in a country with some of the best anti-discrimination laws and a vibrant LGBTI community.

I do not want to be a conspiracy theorist, but one needs to explore the modus operandi of this group. Is it Pride in London that is under fire or is it the entire LGBTI community under attack? Can we assume that there are issues with all prides in the UK when it comes to the issues raised by this dissenting group or are their issues are only present in London Pride. Are we going to see similar actions taken by the group at other prides? If not, the question should be, why London Pride?

Of course, no one can categorically state that there are no issues with prides in the UK. Indeed, in the past some other organisations have been accused of being too slow on trans rights and inclusion. However, I believe this has generally been dealt with. Therefore, Pride in London and other prides should be given support to deal with similar problems.

The British government is praising itself for the achievements registered for the LGBTI community, however this is being tainted with reports that show that the community is still suffering.

A recent study by Stonewall found that almost half of trans people do not feel comfortable using public toilets through fear of discrimination or harassment. A third of trans people have been discriminated against in restaurants, bars or nightclubs among others.

More than two in five trans people avoid certain streets because they do not feel safe as an LGBTI person. The list goes on and on. Even though these might seem to be mere numbers and statistics, their consequences can be profound and stay with the victims throughout their lives. The study shows that the trans community is suffering amidst the other strides being made in the community.

The UK government has just hosted the Commonwealth summit of nations of which 36 out of the 53 countries criminalise, persecute, prosecute and discriminate against the LGBTI community in their respective countries. Many campaigners came together to demand that LGBTI rights be discussed on the main agenda of the summit. Indeed, many people have faith in the leadership of the UK government to advocate for LGBTI equality. However, the issues going on within the LGBTI community and the entire British community might be used by anti-LGBTI advocates to justify their ill treatment of LGBTI people in their countries.

This is the time for the British LGBTI community to take a step back and address the issues within its own community before appealing to the outside world to be inclusive.

At the African Equality Foundation we believe that diversity in the LGBTI community should not be viewed as a threat to each other but rather a source of strength and togetherness. We all deserve to be equal.

The LGBTI community will benefit nothing from attacking each other on issues that can easily be dealt with behind closed doors. As a member of the community and a practicing Christian, I draw from the words in Corinthians of St Paul to Christians who were holding prejudiced attitudes towards each other. The simple words are, what would the outside world think of a divisive community?

Every LGBTI person I know is aiming to achieve equal treatment and fairness from the rest of the society. However, we are making a mockery of our struggle through in-house prejudice and discrimination against each other.

As a person of colour who has personally experienced racism and biphobia, among other prejudices, I believe there is lack of knowledge about the importance of anti-discriminatory laws in the UK. Hence a need for organisations such as Pride in London, the African Equality foundation and others to continue raising awareness of such laws.

Pride in London is very important to the community as it brings people and businesses together to celebrate (even though some have their reservations about the participants). We need Pride in London and they should be supported. I strongly believe that a lot has been achieved by Pride in London, and am proud of their achievements. However, more needs to be done to address the issues within the community.

The messages aired by ‘Get the L Out’ are appalling and do not reflect equality, support and respect to the entire LGBTI community but rather triy to downgrade the work done by organisations such as the African Equality Foundation. ‘Get the L Out’ and other similar groups with hateful views should be invited to a meeting to show them our togetherness and to educate them about LGBTIs and the need to fight injustice and discrimination.

The LGBTI community must take a step back and think of how to address the prejudice and discrimination among ourselves without tearing each other down in public. 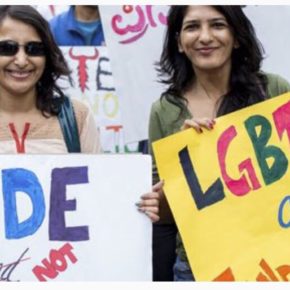 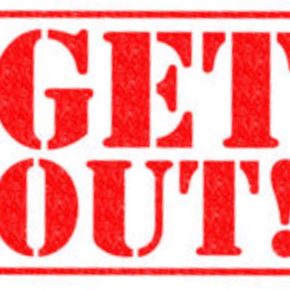