“It is my hope that by sharing my experience and my pain, you will begin to understand why people are forced to immigrate,” says Nigerian LGBT rights activist Edafe Okporo. He has written a memoir about his experiences and struggles as a gay black man who fled from Nigeria, was locked up for six months in the United States, and finally was granted asylum there.

The book, titled “Bed 26,” is the story of “how I fought my way out of constant persecution and reclaimed my freedom,” Okporo states.

Many gay men in Nigeria find it difficult and dangerous to live in the country because of the country’s homophobic stand on homosexuality.

Nigerian activists who advocate for social inclusion and the recognition of the rights of LGBTIQ persons in the country have it worse. Often they end up with no choice but to leave to another country for their own safety in the face of persecution either because of their advocacy work or because of their real or perceived sexual orientation.

Okporo was born in Delta State, Nigeria. As an adult, he suffered hardship and persecution for his voice as a representative of the LGBTQ community. He decided that he needed to flee to the United States.

He arrived in New York and promptly was taken into custody. It was a week before the 2016 presidential election  won by Donald Trump.

For Okporo, losing his freedom was a traumatic experience. Being detained like a criminal harmed his mental health, he says, although he was not mistreated during his six months at the detention center, he says. Even the day of his release in 2017 was difficult:

“The door of the center was open and I was told to walk free, but I had nowhere to go. No instruction or place to start from.  But I was happy that I was a free man and had the opportunity to start life. I went to a shelter and rebuilt my life. Now I am free and have my life together.”

He resumed his activism, taking part in a September 2017 Rise and Resist rally in front of the Nigerian Embassy in New York. He called on the Federal government of Nigeria to put an end to the persecution of LGBTIQ people by repealing the Same-Sex Marriage (Prohibition) Act.

The title of the book comes from the number of the bed he was assigned in the detention center when he arrived the U.S., Okporo said in a podcast.

The book includes contributions from other asylum-seekers, refugees, and other Nigerians who suffered the same fate as he did.

The book is available from Amazon. and from Xlibris in hard-cover, paperback and e-book editions. 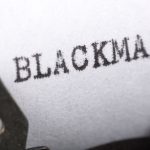