Anti-LGBT raids and arrests of trans women by Indonesian police have provoked widespread criticism at home and abroad.

Indonesian police and Sharia (Islamic law) police jointly raided five hair salons owned by transgender women in Aceh province on Saturday. They arrested 12 waria, or trans women, forced them to strip off their shirts, and cut their hair in public. The waria remain detained as of Tuesday morning [Jan. 30] in Aceh.

Immediately following the raids, North Aceh Police Chief Untung Sangaji addressed a crowd that had gathered. “Our ulama [Muslim scholars] disagree with this disease. [This disease] is spreading,” he said, according to a phone recording posted to YouTube. “It’s inhumane if Untung Sangaji is to tolerate these sissy garbage.” He said he would take action not only against the trans women but also any visitors to their salons, adding that he decided to work with the wilayahtul hisbah (Sharia police) after he received complaints from area Muslim clerics. The Sharia police in Aceh have a well-documented history of targeting lesbian, gay, bisexual, and transgender (LGBT) people.

Aceh is the only one of Indonesia’s 34 provinces that can legally adopt bylaws derived from Sharia. In 2014, Aceh’s parliament passed the Islamic criminal code, which includes discriminatory offenses that are not crimes elsewhere in Indonesia. Consensual sex between two people of the same sex, for example, is punishable in Aceh by up to 100 lashes.

This is just the latest incident in which Indonesian police have openly collaborated with Islamists to unlawfully target LGBT-related spaces and people. These raids have targeted everything from lesbian-owned houses to private gay clubs. Last year, more than 300 LGBT people were apprehended in police raids across Indonesia.

The situation in Aceh is foreboding. Indonesia’s parliament is deliberating a new criminal code, the current draft of which would criminalize consensual sex between two unmarried persons, in effect making all same-sex conduct illegal.

The North Aceh police should immediately and unconditionally release the 12 trans women and Indonesia’s National Police Commission should start an investigation into the incident, including the role of Sangaji.

Indonesia’s police chief General Tito Karnavian has ordered his provincial head in Aceh province to question a subordinate about raids his forces conducted over the weekend on beauty parlors where transgender women worked.

On January 27, police and Sharia (Islamic law) police jointly raided five hair salons that employed waria,or transgender women, arresting a dozen clients and employees, forcing them to strip off their shirts and cut their hair in public, and detaining them for 72 hours. The Sharia police in Aceh have a well-documented history of targeting lesbian, gay, bisexual and transgender (LGBT) people.

Immediately following these latest raids, North Aceh Police Chief Untung Sangaji said, as captured in a phone recording posted to YouTube: “Our ulama [Muslim scholars] disagree with this disease. [This disease] is spreading. It’s inhumane if Untung Sangaji is to tolerate these sissy garbage.” He initially threatened to take action not only against waria across the province, but also any visitors to their hair salons.

On Tuesday, General Karnavian, who reports directly to President Joko “Jokowi” Widodo, told reporters that he had ordered an investigation into Sangaji’s behavior. And by Wednesday, after the chastisement from Jakarta, Sangaji had issued a lukewarm apology to, “parties who felt offended with what I did.” In 2016, amid rising anti-LGBT intolerance, Jokowi declared that, “the police must act,” against any attempts to harm LGBT people or deny them their rights.

Karnavian’s action sends an important and timely message, but he should cast a much wider net and conduct meaningful investigations into similar incidents across the country. This is just the latest case in which Indonesian police have targeted LGBT-related spaces and people. Raids have targeted everything from lesbian-owned houses to private gay clubs. Last year, police nabbed more than 300 LGBT people in raids as the government-driven moral panic about sexuality intensified.

The raids form a disturbing pattern that strike fear into already-marginalized communities. Police invading private spaces – be it hotel rooms, homes, clubs, or beauty parlors – to harass an unpopular minority represents a threat to all Indonesians. Karnavian’s rebuke of the Aceh raid is a good start, but police need to stop these raids altogether to restore public confidence. 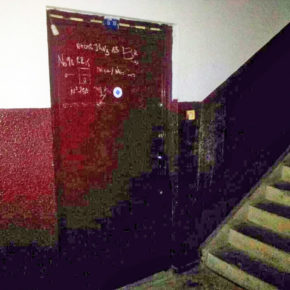 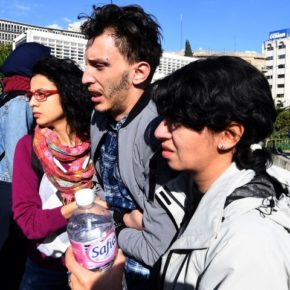