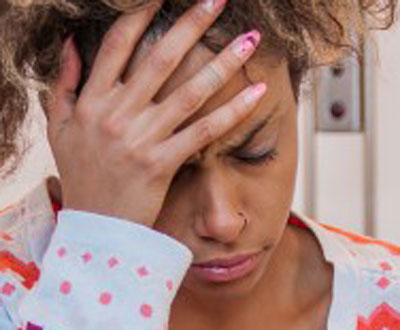 The Christmas season is a time for family gatherings, which often means a season of sadness for LGBT people who have been expelled by their families because of their sexual orientation or gender identity.

The holiday sadness of a gay man

I have always understood Christmas to be a time to spend with family. Otherwise, the holiday loses its magic, I remember all too well the loneliness I experienced last year because I have been estranged from mine.

My departure from the family home was a choice I made defensively through a combination of resignation and anger over how I had been treated by my family. I decided to stay in my corner, thinking, “If you do not want me, what is the point of going?”

I spent Christmas Day at a party with friends. Unfortunately, being with friends did not compensate for the rupture of my family ties, woven over the years. Suddenly, the party felt sad. The frustration of  not being with my family ate away at me.  I felt like a stranger among my friends, a wandering soul seeking to find my way back. My heart was heavy all night long.

This year I remembered all those feelings when my friend L. shed tears at the mention of her family, from whom she has been cut off for five months. It’s a pain that many LGBT people have to endure.

L. is a leader of a very young organization that campaigns for the transgender rights in Cameroon. She was forced out of the family home because she is transgender. One day, without warning, her unceremoniously had ordered her to leave the house and take her deviance elsewhere. Her mother wasn’t quite so intolerant, but she did try to make L. feel guilty. She asked L. to change her nature so she could negotiate with her father.

This past Dec. 23, while L. and I were about to go out shopping, she asked me if I intended to see my family for the holidays. Then she burst into tears as she thought about her own family. She told me that she wants to spend time with them again.

I encouraged her to visit them during the holidays, but she felt that she was still barred  from going home. Later maybe, she said. I asked her if she at least was still in contact with her mother. But no. Her mother has not called her for five months. That really disturbed me. A mother???

After that conversation with L., I decided to try to to be with my family again this Christmas season in hopes of avoiding the sadness that came over me last year.

I wanted to spend this Christmas Eve with my nephews, but I settled for trying to get in touch with a godson. Sadly his father would not allow it.

“You are a suspect and undesirable person,” he told me. That was a blow. He is not even a blood relative, but he echoed my family’s contemptuous words.

Such experiences unfortunately are common for many LGBT people — forced to resign ourselves to withdrawal from society, excluded by relatives, condemned to loneliness and deep sadness.

With those mournful thoughts in mind, it is difficult to wish say the words, but nevertheless I wish all LGBTI people a Merry Christmas 2017.

Erin Royal Brokovitch, the author of this article, is an activist for LGBTI rights in Cameroon who writes under a pseudonym.