Police in Uganda today raided the second annual Queer Kampala International Film Festival after allegedly being tipped off about its secret location.

“A Ugandan LGBT organization which is against the festival has called the police to come and shut the LGBT film Festival in Uganda. I was informed that the police was coming to arrest and beat up all the participants.  … Within hours the police came in.”

“The LGBT Film Festival in Uganda which started yesterday has been raided by the Uganda police. The organizers advise all our members not to go to any of the secret venues because it’s riskier at this time because the people who informed police about our secret venues are members of Ugandan LGBT organizations who don’t want the festival.”

Neither Hassan nor the festival revealed the name of the LGBT organization that allegedly tipped off police, although many of their supporters urged them to do so.

“This is a big challenge as [LGBT] organizations continue to see each other as competitors,” stated the LGBT-friendly law firm Let’s Walk Uganda.

The film festival was being held in a secret location, but police had been tipped off to is whereabouts

After a sold out first night, the organizers of Uganda’s only LGBTIQ film festival closed down the event on Saturday afternoon after police were tipped off to its secret location.

Police attended the location with the intention of arresting organizers – including festival founder, Kamoga Hassan – and attendees.

The second ever Queer Kampala International Film Festival (QueerKIFF) was due to run from 8 – 10 December in the east African country.

It opened on Friday night to a sold out crowd after organizers were forced to convert an empty warehouse into a cinema because they could not find an LGBTIQ-friendly venues.

Homosexuality is illegal in Uganda. Police has a history of shutting down or raiding LGBTIQ events in the country, including the Uganda’s Pride parade.

To ensure the safety of attendees QueerKIFF keeps the location of its film screenings secret. Organizers screen attendees to make sure they aren’t police or anti-LGBTIQ protestors.

Shortly before 2pm on Saturday, organizers received a warning that police would be there within 30 minutes to arrest them.

‘Why do people want to do this?’ a distraught Hassan told Gay Star News.

‘The police are coming and searching for me, they want to arrest me. But I won’t go because I have to make sure everyone is safe.’

Hassan alleged a fellow Ugandan LGBTIQ organization tipped off the police and told them where the secret venue was. He said he was alerted to the tip-off by a prominent Ugandan human rights advocate.

Police eventually turned up to the event brandishing AK-47 rifles. …

Human Rights Awareness and promotion Forum (HRAPF) had three lawyers on standby at QueerKIFF if there were any problems.

HRAPF’s deputy executive director, Joaninne Nanyange, said the organization had been working with police on raising awareness about the LGBTIQ community. The group had run training workshops with local police.

She told Gay Star News that police had been receptive and she’s not sure why they would suddenly raid this event. …

‘That’s why we get shocked it’s still happening, we’ve tried to reach out to police and they’ve been very accepting but we don’t know what it is, we don’t know where that disconnect it is.

‘Maybe we need to engage them more.’

Nanyange said HRAPF would investigate how people found out about the event.

But for QueerKIFF founder, Hassan, said he couldn’t help feeling sad about today’s events. He felt he’d let down the people who opened up their space to the festival.

He would still also have to pay for venue hire and other festival costs even if it was shut down. An emergency fundraiser is still open for people to help by donating money.

‘This event is going to leave the venue owners in debt who had trusted me with their space,’ he said. 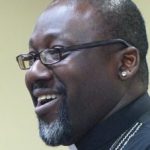 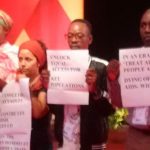