The award-winning documentary “Tchindas,” featuring Cape Verde’s community of trans women, will premiere this Monday in Cameroon — its first time in a major African film festival.

The film will be shown at Écrans Noirs Cameroon, at 4 p.m. Monday, July 17, at the Goethe Institute in Yaoundé. It will also be shown in Douala, Cameroon, next Saturday, July 22, at 8 p.m Douala Bessengué.

The film has won awards at  several film festivals and nominated at the
African Oscars 2016 (AMAA).

The two showings in Cameroon are two of very few public screenings of
the film authorized in Africa, where queer cinematography is generally
forbidden in most of African television channels. In some countries public screenings of LGBTI-related movies are illegal.

The screenings in Cameroon are scheduled, despite the government’s continuing persecution of LGBTI people under Article 347 bis of the Penal Code.

The Hollywood Reporter called the film “a vivid and loving vérité portrait.” The Guardian named it one of the “seven videos that give hope for LGBTI rights around the world.”

It portrays Tchinda Andrade, one of most beloved women in Cape Verde, off the west coast of Africa, especially after she came out as a transgender person in the local newspaper in 1998. Since then, her name has become the term used by locals to name queer Cape Verdeans. The country has been ranked by the Afrobarometer as the most gay-friendly in Africa, though it still doesn’t recognize same-sex relations.

The film, directed by Pablo Garcia and journalist Marc Serena, was shot during the hectic days before Carnival, when the archipelago of islands becomes a “Little Brazil,” inspired by their most acclaimed singer, Cesária Évora (1941-2011), who wrote the score of the film.

For more information in English, photos and trailer, visit www.tchindas.com/en. 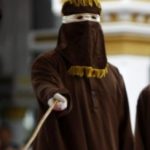 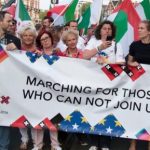