Nigerian police have dropped charges against two men accused of same-sex intimacy after they spent five months in prison.

Paul Frank, 31, and Christian Ejimofor, 22, were both arrested in December 2016 and charged with conspiracy, unlawful carnal knowledge and stealing.

After they spent about 50 miserable days abandoned in prison,  Tom Malanga, a U.S.-based attorney who read about the story on NoStringsNG.com, intervened and provided support.

Bail was set close to about N200,000 each (about U.S. $635). Money which was later provided through Malanga’s associates in Nigeria.

The battle in court was a tough one. At one point, the court-appointed barrister assigned to defend the accused objected to the submission of a video confession on the grounds that it was obtained under duress, as the accused were allegedly beaten by the police. The objection was sustained and the video confession was tossed out.

Eventually, the charges against the accused were dropped by the police, leading to the magistrate cancelling all further hearings.

On May 30, the two defendants were released from prison.

Their months in prison were hellish for the two men, Malanga said. Ejimofor was ill and seriously malnourished. The men probably would have died or ended up spending 14 years in prison if not for his intervention, Malanga said.

Nigerian law provides for up to 14 years in prison for same-sex relationships.

Upon the men’s release, Malanga stated:

“I am filled with pride and happiness that this day has arrived, although I’m still angry that this happened at all and I’m also saddened knowing there are other LGBT people whose arrests were not publicized and are sitting in Nigerian prisons right now.”

This is just one of the many extreme experiences of LGBT persons in Nigeria. Homosexuals are viewed and treated as criminals. The Same-Sex Marriage (Prohibition) Act of 2014 criminalizes people just for living their authentic lives even though homosexuality is a valid sexual orientation just like heterosexuality. Being gay is never a choice.

The harsh law is an indication showing how backward the country is, and as well serves to promote human right violations.

Mike Daemon is the pseudonym of the founder and presenter of the No Strings podcasts, based in Port Harcourt, Nigeria. The Erasing 76 Crimes blog helps to support the podcasts’ online distribution. To listen to past podcasts or to look for future ones, visit the No Strings website.

The No Strings podcasts, which can be streamed or downloaded, provide a voice for the LGBTIQ community in  Nigeria. They are presented in the form of a traditional radio program that  chronicles the struggles, tells the stories, and reports on issues affecting the lives of LGBTIQ Nigerians. 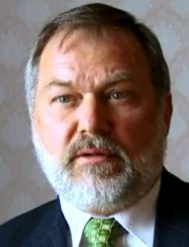