“We ask all those who knew him to pay for the repose of his soul,” Camfaids stated on Facebook. The organization did not provide specifics about the illness.

His death has sent the LGBTI community in Cameroon into mourning, including Serge Douomong Yotta, executive director of Affirmative Action in Yaoundé, who simply commented on the Camfaids Facebook announcement, “NOOOOOOOOOOOOO. “

The previous executive director of Camfaids was activist and journalist Eric Ohena Lembembe, who wrote for this blog and served in that position until his murder in 2013.

Brice Evina remains the president of Camfaids, continuing the group’s work with  the help of other officers of the association.

Camfaids, one of the most active associations advocating for LGBTI rights and health in Cameroon, was founded by Dominique Menoga in 2009. 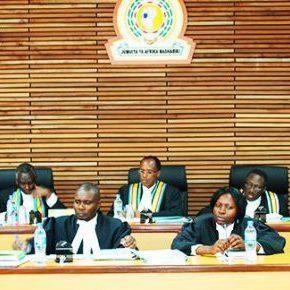