A Ugandan magistrate today approved release on bail for 42 people arrested May 31 at a party that police thought was a gay wedding.

LGBT rights supporters, led by the legal services organization HRAPF, the Human Rights Awareness and Promotion Forum, had prepared for the today’s court action with cash and sureties.

Of 44 arrested at the Happy Family Youth Uganda Limited shelter, 42 were charged with violating Covid-19 regulations. All 42 pleaded not guilty.

Seven more released today; 32 to be released on Monday

I am happy to report that all the 42 persons on the Happy Family file have now been granted bail. Of these: 3 were released yesterday on bail, 7 have been released today on bail, and 32 remain in prison – to be released on bail on Monday 7th June 2021.

The 7 that were released today had continued to be detained at the police station and had not been taken to prison despite their having been remanded to prison. This turned out to be a blessing in disguise as the police station is near the court and so we just went over and picked them. We found when the Prisons bus had just arrived to convey them to prison and thus were just in time to have them released. They are now in a safe place and their debrief will start tomorrow.

For the 32, the distance between the court and the prison made it impossible to get to them in time despite our best efforts. We arrived at 7.30pm and it was obvious the prison authorities could not process and release 33 people at that time. Therefore we have to return back there on Monday – and unfortunately the 33 have to spend the weekend in prison.

Despite this setback, our plan to overwhelm the court largely worked and the whole court was kept occupied almost with only our case for the whole day. The bail hearing started at about 10.30am. As expected, the State Attorney objected to bail for 17 of the 39 persons based on the credentials of the sureties presented. We addressed the objections and the court adjourned for an hour for the Magistrate to prepare his ruling.

Luckily the Magistrate is one of the over 300 magistrates that HRAPF trained on LGBT rights at the end of last year – and so we reminded him to look beyond the charge sheet and see the real reason for the arrest of the 44. We backed this up by the fact that anal examinations were done upon 17 of them. He was generally positive and despite some of the people having only one surety he granted bail to all despite the credentials of the sureties. He knew how hard it was for LGBT persons to get sureties. He granted cash bail of Uganda Shillings Three hundred thousand (UGX. 300,000) to those with two sureties, and cash bail of Uganda Shillings Five hundred thousand (UGX. 500,000) to those with only one surety. 6 persons were released on non cash bail.

The ruling was unfortunately rendered at about 1pm and the rush against time to secure their actual release began. We were able to save time on generating assessments for payments, but unfortunately the banks could not handle the numbers and this process took more than two hours and yet it was a condition precedent to the magistrate signing the bail forms and release orders. By the time the last surety signed the bail forms, it was 6.20pm. The drive to Kitalya Prison took an hour, and thus our arrival at 7.30pm – and too late.

We thank the lawyers from Ubuntu Law and Justice Centre, Centre for Health, Human Rights and Development (CEHURD), and Triumph Uganda for standing alongside the HRAPF lawyers to secure the release of the 39 on bail. The collaboration greatly boosted the legal efforts. We thank the Open Society Initiative for Eastern Africa for practically joining the legal team to process the payment assessments – making it 5 laptops available for this process and greatly simplifying it. This is much appreciated.

We thank the sureties who spent yet another full day at the court – and the paralegal community for the coordination of sureties, mobilisation, standing as sureties and supporting the legal team at all stages. We also thank the different LGBT organisations led by SMUG for showing solidarity in this case. Lets Walk Uganda, Happy Family, FARUG, and Initiative for Rescue even assisted in processing bank payments and running around from bank to bank as well as the signing of bail forms. The lawyers felt greatly relieved and huge weights were taken off our shoulders.

Finally the diplomats- US, EU, Sweden, Denmark and others for coming to court early and staying there and never flinching even when the court delayed to start or was adjourned for an hour. Your presence was even noted by the Magistrate and surely helped with the quicker hearing of the case.

We thank the many partners who were at court – your presence helped a lot with giving the case the profile that it got.

The Magistrate and the court staff also went over and above duty to process the loads of paperwork that the case came with. They put aside all other business and worked hard to ensure that all was done.

Monday will simply be a routine day and we do not expect any hurdles. The Prisons authorities always release people when the paperwork is in order – and when the documents get to them in time. All the 32 will be out by the end of the day – that is almost guaranteed. There is no need for anything else as regards the process of getting them out. All logistical arrangements have been finalised for that process.

Once again, I thank all the different stakeholders for the support that has helped us to see yet another triumph. 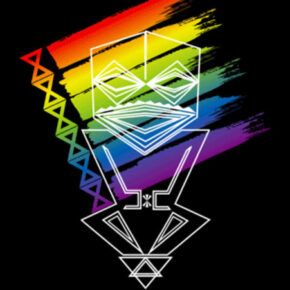