Gay rights activists in Uganda have issued an advisory on how local and international supporters of LGBTQ+ rights should work to blunt the effects of Parliament’s recent passage of a new same-sex criminalisation bill.

The advisory was developed following a meeting of LGBT activists and civil society leaders in Kampala, which was convened by Sexual Minorities Uganda (SMUG), the network of local LGBTQ+ organisations.

As the activists noted, Clause 11 of the bill would further criminalize same-sex sexual acts, which are already a crime under the existing Uganda Penal Code, criminalizing the private lives of adult and consenting same-sex-loving persons.

The advisory and call to action is reproduced verbatim below:

On Thursday 6th May 2021, SMUG convened an emergency meeting with LGBTQ community leaders and civil society partners, on the passing of the Sexual Offences Bill with the meeting taking particularly concern on Clause 11 (i) which further criminalizes same-sex sexual acts even as the Uganda Penal Code Act already does, hence criminalizing the private lives of adult and consenting same-sex loving persons. The clause criminalizes and bans the penetration of another person’s anus with that other person’s sexual organ or with any object; and (ii) sexual acts between persons of the same gender.

The meeting sought clarity, expressed, and calmed fears on what the impact already is and will be should this bill be assented to by the President of the Republic of Uganda. Therefore, a series of actions were proposed. The meeting resolved the following;

The following list of actions were agreed upon for effective engagement on the bill by regional and international partners.

We call on our local civil society, regional and international partners to engage in the following manner.

We also reiterate the following action as in SMUG Statement on SOB [the Sexual Offences Bill]:

The Sexual Offences Bill 2019 was read for the first time on 24th November 2019 and referred to the Committee of Legal and Parliamentary Affairs for scrutiny as required Rules of Procedure of Parliament. It is a private member’s Bill sponsored by Uganda Women Parliamentary Association (UWOPA) and introduced by its Chairperson, Hon. Monica Amoding.

The Bill is prompted by the need to cure the defects in the existing legislation, especially the Penal Code Act, Cap. 120, which, while it makes provision for several sexual offences, the provisions are outdated. The ingredients constituting the offences are narrow, given that they do not reflect the evolving trends in social attitudes, values, and sexual practices. 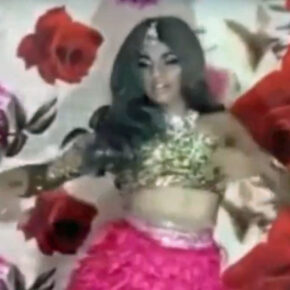