Henry C. Ndukuba, archbishop of the Anglican Church of Nigeria, declared on Feb. 26 that there’s “no such thing as a ‘gay Christian’ “.

Those words were criticism of a breakaway group of churches in the United States, the Anglican Church in North America (ACNA), for acknowledging that its members included “Christians who experience same-sex attraction”.

“A Gay is a Gay, they cannot be rightly described otherwise. In the same vein, we cannot describe people as ‘Christian Murderer’, ‘Christian Adulterer’ and ‘Christian terrorist’; neither should we even have ‘Gay Christian’ or ‘Gay Anglican’.”

“The deadly ‘virus’ of homosexuality has infiltrated ACNA. This is likened to a Yeast that should be urgently and radically expunged and excised lest it affects the whole dough.”

In response, Justin Welby, archbishop of Canterbury, stated on March 5, “I completely disagree with and condemn this language. It is unacceptable. It dehumanises those human beings of whom the statement speaks.”

Gay Christians are “full members” of the church, he stated.

“God [offers] unconditional love to every human being,’ Welby added.

For years, the 85-million-member Anglican Communion, which includes churches worldwide that are descended from the Church of England, has been torn by disagreements over homosexuality.

Welby’s statement is below.

The Archbishop, Metropolitan and Primate of All Nigeria, the Most Reverend Henry C Ndukuba, issued a statement on Friday 26 February 2021 which referred to “the deadly ‘virus’ of homosexuality”. The statement goes on to use phrases like, “[homosexuality] is likened to a Yeast that should be urgently and radically expunged and excised lest it affects the whole dough”. It also states that “secular governments are adopting aggressive campaign for global homosexual culture.” (sic)

I completely disagree with and condemn this language. It is unacceptable. It dehumanises those human beings of whom the statement speaks.

I have written privately to His Grace The Archbishop to make clear that this language is incompatible with the agreed teaching of the Anglican Communion (expressed most clearly, albeit in unsuitable language for today, in paragraphs c and d of resolution I.10 of the Lambeth Conference 1998). This resolution both restated a traditional view of Christian marriage and was clear in its condemnation of homophobic actions or words. It affirmed that “all baptised, believing and faithful persons, regardless of sexual orientation, are full members of the Body of Christ.”

The Anglican Communion continues to seek to walk together amidst much difference and through many struggles. I urge all Christians to join me in continuing prayer for the people and churches of Nigeria as they face economic hardship, terrorist attacks, religious-based violence and insecurity.

The mission of the church is the same in every culture and country: to demonstrate, through its actions and words, that God’s offer of unconditional love to every human being through Jesus Christ calls us to holiness and hope. 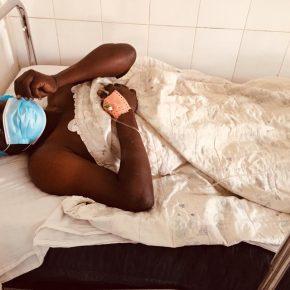 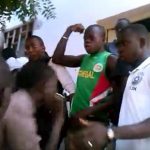