Barbados has omitted trans people from its bill outlawing workplace discrimination. Although local LGBT activists remain silent about this injustice, I will not let it stand, says trans advocate Alexa D.V. Hoffmann. 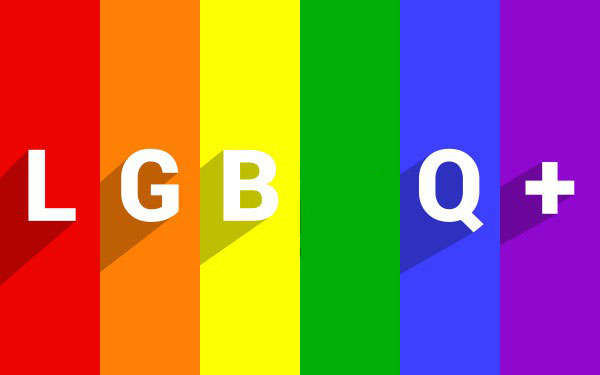 Transgender people in Barbados are frequently denied or fired from jobs because we “dress wrong” or “will scare customers”. With limited employment options on the island we often have to choose between feeding ourselves or being who we are.

I was terminated by a law firm that I worked with for three years simply because I legally changed my name to match my gender. There was no explicit protection against employment discrimination based on gender identity and expression, and we had hoped that this would be remedied by recent attempts to update the country’s labour laws. Sadly, our hopes were dashed as our politicians decided to once again ignore trans citizens and condemn us to poverty.

On Tuesday, July 28, 2020, the Barbados House of Assembly passed the Employment (Protection from Discrimination) Bill 2020 (EPD). Although noble in name, this piece of legislation actually entrenched the exclusion of trans people.

During the House debate a member of parliament presented evidence about the vulnerability of transgender people to employment discrimination by citing my own case. Yet, gender identity and expression were deliberately left off the extensive list of grounds, such as sexual orientation, on which a Barbadian now enjoys workplace protection.

After I made a public outcry against the devastating disregard for trans folks, I was contacted by some allies who quickly mobilized and helped me to draw national and international attention to this grave deficiency in the EPD. Together we wrote multiple letters to members of parliament and senators urging an amendment to the bill to include gender identity and expression when it was presented for debate in the Senate. We also launched an online petition along the same lines as the letters, which secured several hundred signatures. There was also a robust social media campaign focused on Barbados that generated significant public discussion about LGBT human rights on the island. And articles about the issue were published in the local, regional and international media.

After a week of frenzied advocacy, the Barbadian Senate convened to debate the EPD on Wednesday, Aug. 5. At that time, it became clear that the senators had heard our pleas, as evidenced by the submissions by one Senator Dr. Lynette Holder. Dr. Holder first explained in some detail about the economic cost of discrimination to a society and provided specific examples from around the world where workplace inequality had negatively impacted on national productivity. Then, the senator proceeded to tell a biblical story about how one shouldn’t look at the outside but rather judge a person by the quality of their character. I found all those words very encouraging and dared to imagine that perhaps we would prevail after all!

However, Senator Holder, who holds a doctorate in theology, then took a confounding route to support her bigoted religious position of ultimately rejecting a trans-inclusive amendment to the EPD. Without warning she launched into an impassioned rant against LGBT advocacy and the transgender community in particular, inferring that a “leftist ideology” was permeating a global space and pushing “ridiculous” ideas. She insisted that Parliament, in considering any legislation, should be guided by “science, anthropological facts, objective truths and hermetically sealed principles which go beyond any religion,” and not submit to the “feelings and desires” of minorities.

Dr. Holder’s hysterical ramblings, which I tried to transcribe because they captured the general mood of the Senate debate, were unoriginal but still depressing to hear coming from someone with a terminal degree. Among her fallacious arguments were that:

“Biological sex is not assigned. You do not and cannot decide psychologically what sex you are. When government is going to introduce legislation, in my opinion, it must be grounded in scientific fact, anthropological truth, and not on the feeling and psychological desire and must be based on objective truth…. A mango tree cannot produce apples unless it has been altered through science. A person’s genetical makeup will determine if they are male or female…. so you can wake up today and feel that you are a certain way, that does not make you scientifically that way.”

As a non-scientist, the senator obviously could not differentiate between Body Dysmorphic Disorder (or Body Integrity Identity Disorder), a condition recognised by the American Psychiatric Association and determined in the DSM-V as being different and distinct from Gender Identity Disorder (the root cause of Transsexualism). Nor did she grasp the overwhelming scientific research supporting the authentic difference between sex (which is biologically determined) and gender (that is socially constructed and varies between cultures and societies).

The senator continued her unfounded attacks against LGBT people, stating without evidence that we are trying to “evangelize and indoctrinate” the public, which is an ironic statement coming from a Christian theologian! She also expressed shock about some unspecified news article outlining a purported rise in “trans ideology”:

“I do not subscribe to it, I will not vote on it or have no part of it, whether through any legislation…. I know what the consequences will be and I am prepared to pay for it. We have gone from transgender to now “trans-racial” [indirectly citing Rachael Dolezal, the white American who passed as black] and “trans-able” [citing a UK person who supposedly amputated his limbs in order to become disabled] and “trans-aged” [referring to a supposed adult man who requested a nanny because he identified as a six-year-old]. This is what liberals are pushing across the globe. Ridiculous ideas…. Unless we stand for absolute truth, we do not know where we will go.A word to the wise is enough. Let us guard our values, ideologies…”

Senator Holder emphatically but unconvincingly stated that she was not speaking from her religious beliefs, but “hermetically sealed principles” that go beyond any religion. But methinks the senator doth protest too much!

She also urged her colleagues in the chamber to ignore “a small percentage of people who may keep a lot of noise and advocate loudly.”
This senator’s sentiments echoed the Opposition Leader in the House of Assembly, Bishop Joseph Atherley, who said the week before, in similarly indignant tones, that there were “greater evils” to be fought against than preventing discrimination against LGBT people in the workplace, and that the bill was akin to “international economic prostitution,” lending itself to “2 per cent of the population “which could kill” the rest of the country (implying that all LGBT people are HIV-positive and pose a threat to society).

After Senator Holder’s galling presentation, the EPD was briefly referred to a senate sub-committee for review but in the end no amendments were made to protect trans workers, and the bill was passed.

Apart from our politicians’ shameful abdication of their sacred duty to all Barbadians, I have been disturbed to observe that no other LGBT organisation or advocate in the country has bothered to speak out and condemn this denial of protection for trans citizens. Instead, since the final vote in the Senate, some persons on the island who claim to support LGBT people but remained silent about the discrimination evident in the EPD have tried to reassure me that eventually an amendment may be brought up in Parliament to patch the hole in the bill. But to me, that is akin to putting a Band-Aid on a bullet wound to the head. During the time it will take for any amendment to even be tabled, let alone passed, I and many other trans people will remain vulnerable to exploitation.

Despite the fine words by Prime Minister Mia Amor Mottley that “Barbados welcomes all” when she mentioned the EPD in Parliament as a response to the international backlash against the exclusion of same-sex couples from the “Welcome Visa” scheme, the fact is that transgender citizens have been conclusively rejected.

I therefore hope that the Employment Rights Tribunal (ERT), which will hopefully hear my case for unfair dismissal soon, will provide the workplace protection for trans Barbadians that we have been denied by our parliamentarians. If the ERT fails to do its job, I will try to appeal to our courts. Our highest court, the Caribbean Court of Justice, as well as the Inter-American Court of Human Rights which binds Barbados, have both declared that trans people have the human right to protection from discrimination. I only worry that I may not survive long enough to see this right realized in my homeland.

Barbadian trans advocate Alexa D. V. Hoffmann is the founding director of Trans Advocacy & Agitation Barbados (TAAB), chairwoman of the United Caribbean Trans Network (UCTRANS) and a member of the Latin American and Caribbean Network of Trans Persons (RedLacTrans). In 2018, she and two other Barbadian activists launched a legal challenge against the nation’s anti-sodomy law. She also manages the Rainbow Caribbean page on Facebook. 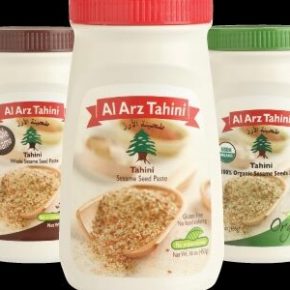