The European Union is pushing Uganda not to let its justice system grind to a halt during the Covid-19 lockdown, stranding prisoners in jail cells without access to trials and court hearings.

The head of the European Union delegation in Uganda, Ambassador Attilio Pacifici,  has formally written to the Uganda government, urging its justice and security system to devise means of enabling access to justice for accused persons in the ongoing Covid-19 countrywide lock-down.

In the April 24 letter to Justice and Constitutional Affairs Minister Ephraim Kamuntu, Ambassador Pacifici called for urgency in allowing lawyers access to their clients in custody, eliminating congestion in  prisons and lawful detention centres for people accused of petty offenses, and keeping courts open. Images of the letter are published below.

Currently, 19 Ugandan LGBT community members are on remand in Kitalya Prison on accusations of violating Covid-19 lockdown rules. For a month, prison authorities have refused to allow them to see their lawyers..

Ambassador Pacifici noted that, while he understands the need for social distancing in the current lockdown era, “collecting people from different places in confined spaces during this time should be avoided.”

About 2,000 people have been arrested on various offenses related to the Covid-19 lockdown. Some have complained of being tortured by security agencies.

The EU head suggested that people accused of petty offences could be given police bond or court bail, then be prosecuted later when the lockdown is over.

In the 2019-2020 financial year, the European Union is granting Uganda 20 million euros towards budget support within the Justice and Accountability sectors.

“We are in receipt of this communication. But we cannot allow lawyers to access their clients in the prison physically. This will be violating our own measures to ensure no virus gets to the prisons. Access can be by Zoom conferencing. That’s all,” Johnson Byabasaija, the commissioner general of Uganda Prisons, tweeted April 29 in response to the Pacifici letter.

There is growing concern in Uganda and bilateral partners about justice and human rights violations in the Covid-19 era. Recently, the U.N. relief agency UNAIDS issued a statement condemning  misuse and abuse of emergency powers to target marginalized and vulnerable populations.

“In times of crisis, emergency powers and agility are crucial; however, they cannot come at the cost of the rights of the most vulnerable,” said Winnie Byanyima, Executive Director of UNAIDS, a Ugandan national.

“Checks and balances that are the cornerstone of the rule of law must be exercised in order to prevent misuse of such powers. If not, we may see a reversal of much of the progress made in human rights, the right to health and the AIDS response.”

Experience from past and present epidemics shows that an effective response to health crises such as COVID-19 must be deeply rooted in trust, human solidarity and unwavering respect for human rights.

However, reports have recently emerged that some countries are using emergency powers or public health justifications to restrict rights related to personal autonomy, gender identity, freedom of speech and sexual and reproductive health and rights.

There have also been concerning reports of increases in criminal penalties in relation to HIV transmission, exposure and non-disclosure and the use of police powers to target, through arrests and brutality, vulnerable and criminalized groups, such as sex workers, people who use drugs, people living with HIV and lesbian, gay, bisexual, transgender and intersex (LGBTI) people. 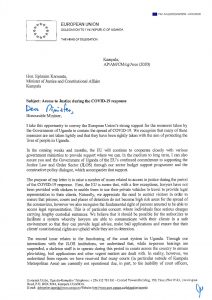 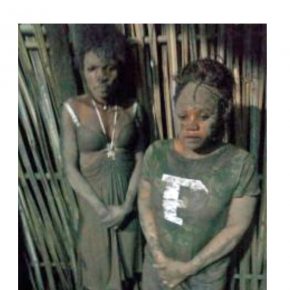