Security guards at a popular upscale hotel in Kingston, Jamaica, launched an attack last week on gay men sitting across the street next to a public park.

Growing up, Rogerrie has suffered multiple assaults for most of his life because of his sexual orientation. These have ranged from homophobic slurs to physical attacks, and have come from police, community members, school mates, and complete strangers. Rogerrie has been diagnosed with post-traumatic stress disorder (PTSD) because of these unrelenting attacks.

The most recent jarring incident occurred on the morning of Feb. 23. At around 1:15 a.m. Rogerrie and two friends were sitting and chatting near the popular Emancipation Park in the heart of the business district of New Kingston. They were facing the landmark Pegasus Hotel when suddenly a large stone landed at their feet! Startled, they looked up and realized that the missile came from the hotel’s entrance. It was quickly followed by a shower of stones from the same direction.

Rogerrie and his friends jumped up but instead of backing down they rushed to the source of the attack as they were tired of being subjected to this kind of unprovoked violence simply for existing.

When they entered the hotel’s gates, they saw two hotel security guards scurrying from the area where the stones were thrown. The guards tried to elude Rogerrie and his friends by quickly making their way to the hotel’s main lobby. When Rogerrie and his friends attempted to report the matter to another guard at the lobby entrance, they were met with aggression and expletives.

Rogerrie was understandably displeased with this dismissive response so he demanded to speak with the hotel’s manager. However, the security supervisor and other security guards adamantly stated that this was impossible. The guards then proceeded to call Rogerrie and his friends “battymen” and hurl other homophobic expletives at them before ordering them to leave the hotel compound.

Facing overwhelming odds, Rogerrie and his friends started to retreat but in vexation at this unjust turn of events one of Rogerrie’s friends threw a bottle at a guard who then physically assaulted the young man. The security guards then pulled out two firearms at Rogerrie and his friends as they moved further from the compound. The supervisor still commanded the group of security guards to chase them.

The guards chased Rogerrie and his friends down Knutsford Boulevard to the Oxford Road intersection all the while throwing stones and even their batons at the fleeing youth.

Rogerrie was severely traumatized by the incident and stayed barricaded in his home for four days. He then went to the New Kingston police station to report the attack, but the police were rude and discriminatory and offered him no help.

So, Rogerrie attempted to make a complaint to the Pegasus Hotel management team. After waiting for hours in the lobby he was finally told that the manager on duty was too busy to deal with him because it was: “Only one of her.”

Feeling frustrated and defeated, Rogerrie left the hotel and went home. He now just wants to leave Jamaica as he sees no future or justice here for queer youth like himself.

As guards were ejecting them from the hotel compound, Rogerrie and his friends made these (very dark) videos in which they tried to explain what happened: 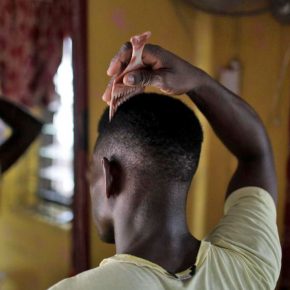 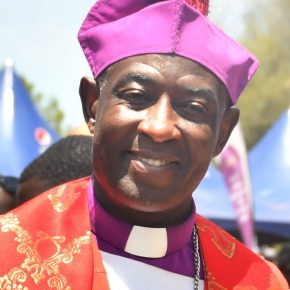