The Kenyan High Court in Nairobi has set Feb. 22, 2019, as the date when it will announce whether it will overturn the law condemning people convicted of consensual gay sex to as much as 14 years in prison.

The organization was founded by a group of Kenyan lawyers to protect the basic rights of LGBT people to live with dignity, free from discrimination and abuse.

Kenya’s anti-gay law is currently unenforced, but it encourages discriminatory and sometimes violently anti-LGBT attitudes among many Kenyans.

The Kenyan anti-gay law is one of more than 70 such laws in nations worldwide, though the majority of the world’s nations have repealed their laws that once made same-sex intimacy a crime. The latest countries to do so have been India and Trinidad.

“These colonial legacy laws undermine LGBT people’s fundamental rights as enshrined in our Constitution and ostracise them from society, causing misery and isolation, and devastating their lives.

“We believe that this wrong must be put right. There is no place in our proud Kenyan democracy for old discriminatory laws.”

A press release from the organization explained further:

The Kenya High Court in Nairobi has set aside the 22/02/2019 as the day it will deliver a ruling in a case challenging sections of the Kenyan Penal Code that make consensual same sex acts between adults punishable with up to 14 years imprisonment. In a similar case, the Indian Supreme Court recently ruled that sections of the Penal Code banning same sex acts were unconstitutional.

The case before the High Court in Nairobi was brought forward by the National Gay and Lesbian Human Rights Commission, an independent human rights body that provides free legal aid services to LGBT persons. Since its inception in 2013, its legal aid center has received over 3,000 cases of violations against LGBT persons. These include murder, sexual assault, mob violence, blackmail and extortion. The NGLHRC has long argued that the disputed sections of the Penal Code are used to justify violence against LGBT persons by criminalizing their identities.

Kenya’s Penal Code is a holdover from its colonial era and like many former British colonies retains anti-buggery laws that make vague reference to “carnal knowledge against the order of nature” and “gross indecency.”

“As lawyers, we believe in the equal protection of the rule of law and in the superior legal framework of the Kenyan Constitution. These colonial legacy laws undermine LGBT people’s fundamental rights as enshrined in our Constitution and ostracise them from society, causing misery and isolation, and devastating their lives.

“We believe that this wrong must be put right. There is no place in our proud Kenyan democracy for old discriminatory laws.”

The case was heard by a three judge bench on February 22nd – 23rd 2018 and 1st March, alongside a similar petition brought forward by the Gay and Lesbian Coalition of Kenya (GALCK) and Nyanza Rift Valley and Western Kenya (NYARWEK).

LGBT stands for ‘lesbian, gay, bisexual and transgender’. The category generally includes anyone who sits outside conventional stereotypes on gender and heterosexuality. LGBT people are often targeted for being masculine or feminine in a way that doesn’t fit with what is expected of them but are just as likely to be completely indiscernible from everyone else: LGBT people are all of us. They are doctors, politicians, boda-boda riders, street sweepers and everything in between. They are our neighbours. They are our sons and daughters, brothers and sisters, parents and grandparents. They are ordinary Kenyans, who are a part of every subsection of our society. 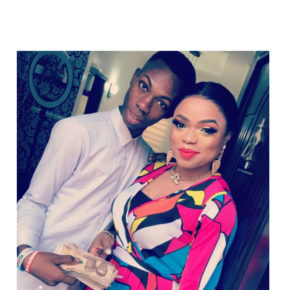 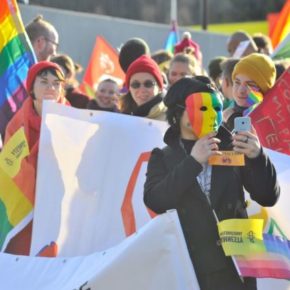