Jamaica should stop dragging its heels and follow the example of India: Set gay Jamaicans free to love whom they love, activist Maurice Tomlinson says.

On September 6, in a comprehensive 495-page judgment, the Indian Supreme Court (ISC) took the unusual step of overruling itself and re-de-criminalized consensual same-gender intimacy.  Just five years prior the same court had upheld the British-colonially imposed s. 377 of the Indian Penal Code, which made gay sex a crime. In a deeply problematic ruling, the first panel of ISC justices found that, among other things, the law violated the rights of only a small minority of LGBT citizens and so it was not an affront to India’s constitutional democracy. This profoundly flawed logic could be exploded by any first-year law student as it reflected a fundamental misunderstanding of how constitutions work in a democracy.

By referencing cases from other former British colonies such as Belize and Trinidad, the new ISC bench wisely declared that rights such as human dignity must always triumph over the dictates of the majority.  Otherwise, any majority group could claim that they had the democratic right to simply annihilate their opponents. Indeed, history is replete with examples of oppressive powerful groups trampling on the rights and lives of defenseless individuals in pursuit of some misguided and deadly ideology. That is why many former British colonies that were born out of anti-oppression and anti-colonial struggles entrenched human rights in their independence constitution. Britain’s brutal Indian Raj sought to eliminate much of India’s culture that the colonizers found problematic.  This included a long history of harmless same-gender intimacy that had been culturally and religiously celebrated.

Thanks to the unequivocal affirmation of constitutional rights in the recent Indian judgment, fully 75% of the world’s population now live in jurisdictions where LGBT people are not criminalized for whom or how they love.

Meanwhile, my own 2015 constitutional challenge to Jamaica’s version of the archaic law (which was inaugurated in India and exported around the British Empire) has been languishing while the Court of Appeal decides whether the Public Defender has a right to join the case.  There is no timeline for when the matter will resume, and I am held hostage to the court’s timetable.  This is clearly a case of “justice delayed is justice denied.”

While I wait for justice, the rest of the world is moving on to accept that the inherent dignity of human beings includes a right to our own bodies.  That is what emancipation from mental and physical slavery entails (to quote Bob Marley).  This is a concept that Jamaica’s postcolonial society and constitution should reflect.

I hope to have my day in court to demonstrate to the world just how far Jamaica has progressed as a constitutional democracy.  I pray that day will come soon.

Maurice Tomlinson of Jamaica and Canada was the inaugural winner of the David Kato Vision and Voice Award. He has been involved in LGBTI rights activism in the Caribbean for over 15 years. An attorney-at-law, he leads and supports legal challenges seeking the repeal of anti-sodomy and homophobic laws around the Caribbean. Contact him by email via 76crimes (at) gmail.com. 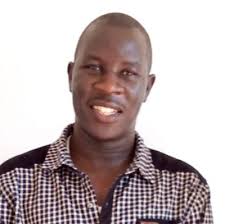