Ugandans living in the United Kingdom are the target audience for this weekend’s UK Uganda Youth Convention, which aims to inform gay and straight black men about the latest technique for combating HIV.

The UK Uganda Youth Convention 2018, Saturday, May 26, 2018, meets at the Royal Regency London starting at 9:30am. This year we will introduce to you a pill designed to prevent most HIV transmission within the HIV-negative population.

It is rare to find any Ugandan family that has not lost a loved one due to HIV related illness. The HIV/AIDS epidermic has had a devastating effect on people from countries in Sub-Saharan Africa where over 35 million have died due to AIDS related illnesses. The UK Uganda Youth Convention 2018 acknowledges all those who lost their lives and commends those who work to bring an end to HIV.

The Convention will present a special session to discuss the discovery of a pill that prevents most HIV infections. It is a breakthrough in the struggle to bring an end to HIV. This pill, called PrEP for Pre Exposure Prophylaxis, is scientifically proven effective in preventing most HIV transmission to HIV-negative persons.

The drug is available on NHS in Scotland. In England and Wales, it is still only available on a trial basis. However, the UK Uganda Youth Convention 2018 discovered that PrEP can be bought at the 56 Dean Street Clinic in London for a reasonable fee.

The Convention invited Dr Nneka Nko, a world-leading HIV doctor, to present this new HIV prevention medication to the community and to answer questions. The Ugandan ambassador to the UK will also attend.

PrEP is very effective when taken as prescribed. Studies have shown that the recent large reduction of HIV transmission among gay men in the UK is due to PrEP. However, only a small number of black heterosexuals are using this modern drug to prevent HIV. We invite everybody to come and learn about this breakthrough biomedical discovery.

The UK has been praised for its magnificent work of preventing HIV among its population. Recent figures show that 96.5% of people with HIV are taking effective medication and that 94% of these people successfully suppress the virus with treatment, eliminating the risk of transmitting the virus to their sexual partner(s).

Unfortunately, a large proportion of the black community, including Ugandans, do not know they are HIV positive. They are tested much too late, when HIV has already severely damaged their immune system. This is dangerous because late HIV diagnosis means that such people are more likely to progress to AIDS. This is unnecessary because effective medication is available to allow most people living with HIV to live a normal life. Late testing also increases the spread of the HIV virus within our community. The Convention believes that youth needs to champion the cause to bring an end to HIV transmission.

According to Barbra Kemigisha, “It is shocking to find out that an estimated 10,400 people living with HIV (in the UK) do not know that they are living with the (HIV) virus, thus putting their loved ones at a greater risk of being infected.”. She stated that it is our responsibility take up the available prevention measures like PrEP. She called on the people in the Ugandan diaspora to join us for for this special session. “The issue of HIV is like a taboo among the Uganda community in the UK, and we do not want to talk about it openly.  I appeal to every member of the community to attend the Convention this Saturday, May 26, at the Royal Regency London from 9:30am.”

UNAIDS has set 90-90-90 targets by 2020. This means that an estimated 90% of people living with HIV will be diagnosed, 90% of those will be on treatment, and 90% of those will undetectable, unable to transmit the virus to other people. London is a Fast Track City determined to eliminate HIV transmission in the next few years.

According to the 2011 UK population census, the black population is 1.8% of the UK population. However, HIV figures from 2016 estimate that 39% of new HIV infections in the UK were from the black community. Some of these HIV infections occurred outside the UK. However, a larger proportion of all the new infections in heterosexual men and women were acquired in the UK. Many Ugandans holiday in other countries including Uganda which has seen a recent increase in HIV infections.  These figures are shocking, and more must be done to bring them down.

The Convention is working with stakeholders including the African Advocacy Foundation, the African Equality Foundation, and the 56 Dean Street Clinic to try to reduce new infections. There is growing evidence of a lack of knowledge about HIV transmission.  A recent study shows that only 45% of the UK population could rightly tell how HIV is transmitted. The stigma attached to HIV among the black community in the UK is high.

The black African community fare particularly worse in terms of knowledge of the improved HIV testing available as well as on the excellent treatment and care available. There is lack of knowledge about new prevention methods such as PrEP.

The UK Uganda Youth Convention 2018 is raising awareness on how these issues can be addressed and the how the UNAIDS targets can be achieved among the Ugandan community and others. The Convention believes that HIV can be brought under control, but this can only be achieved if we all address the issues openly without any fears of being judged by the community.

The Convention will also address other social issues including mental health, gangs, and crime, the impact of social media, and how to climb the economic ladder.

Immediately after the summit, there will a concert headlined by Dr Jose Chameleone, Clinton Elvis, Kleo, Edith Nabulime, Wool Betah, and Gal Power. Doors for the show will open at 7pm at the same venue. 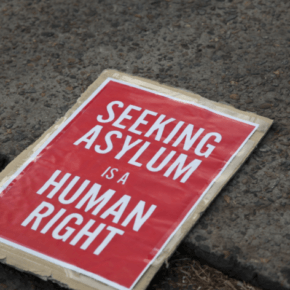