Greed, not morality, was at the root of England’s original 1553 anti-homosexuality law, which has spawned similar laws in dozens of former British colonies. The Rt. Rev. Alan Wilson made that point during October’s Intimate Conviction conference in Jamaica.

Wilson, who is the bishop of Buckingham in the United Kingdom, told the conference that before the passage of the Buggery Act in 1553, sexual relations between men was a “sin, not a crime.”

King Henry VIII wanted to seize control of Roman Catholic monasteries and their property. Outlawing “the detestable and abominable Vice of Buggery” made that easier, Wilson said.

“Henry had to find a way to deprive people of their property,” Wilson said. “He could have monks hanged for allegations of homosexuality.”

The United Kingdom has repealed that law, but versions of it remain in force in 36 former British colonies.

“It is a toxic heritage of the British Empire. We are deeply embarrassed by it,” Wilson said. “We need to work to remove it.”

Repressive modern politicians tend to use their countries’ anti-homosexuality laws only slightly differently from how Henry VIII used his. Their goal is typically power rather than property.

Powerful politicians in homophobic countries often use LGBT people as scapegoats to be blamed for whatever is going wrong in the country. Politicians also inflame people’s fears and distrust of homosexuals in order to consolidate their power.

This is one of a series of glimpses of the Intimate Conviction conference, October 2017, Jamaica. 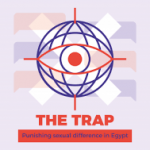 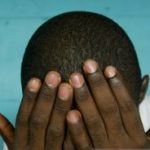